Eva Longoria made her next step into the political world by giving a speech at the 2012 Democratic National Convention in Charlotte. 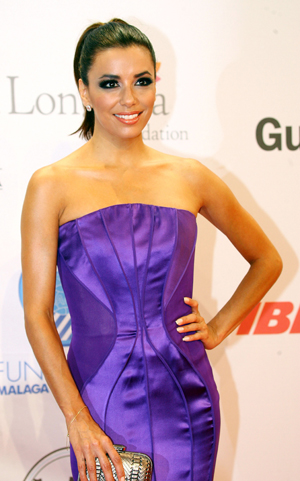 Eva Longoria has always been a bit on the political side, but the former Desperate Housewives actress has really stepped up her support for President Barack Obama with this election cycle.

The 37-year-old actress is the co-chair of his national re-election committee and gave a speech in support of the president during Thursday night’s meeting of the Democratic National Convention.

Longoria’s thoughts? Mainly, we need to keep jobs in the United States and help boost the middle class.

The actress added that she understands what it’s like to be in debt and climb out of it.

“And just like our president and first lady, I took out loans to pay for school. I changed oil in a mechanic shop, I flipped burgers at Wendy’s, I taught aerobics, and I worked on campus to pay them back,” she said.

“President Obama is fighting for changes that grow the economy from the middle out and help all Americans succeed — jobs, education, health reform, the DREAM Act, equal pay for women,” she said. “He is moving us forward with opportunity today for prosperity tomorrow. Mitt Romney wants to take us back to yesterday.”

She closed out her speech asking people to “fight for the American dream.”

“And we know how to do that. Let’s re-elect President Obama! Sí, se puede!”

What did you think of Eva Longoria’s speech at the DNC?