The fall TV season is underway, and NBC is pushing two of its newest additions — Go On, and Guys with Kids. Meet the casts of this year’s freshman fare. 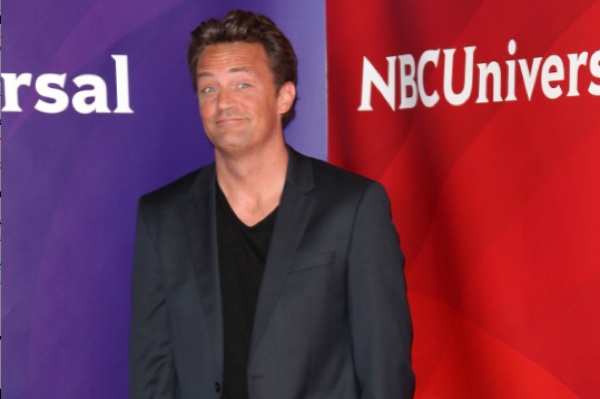 NBC is rolling out promotional material for its new fall shows, and we’ve got behind-the-scenes footage from two of them. Matthew Perry is returning to television with the comedy Go On, while Anthony Anderson and Jesse Bradford headline Guys with Kids.

The two shows are very different from each other, but they both focus on the facts of life — children and death. Go On follows Ryan King, a successful radio sportcaster who’s struck by tragedy. His wife unexpectedly dies, and he’s forced (by his boss) to attend grief counseling.

Matthew Perry is back for NBC’s new series Go On >>

NBC has released a new video featuring Go On’s talented cast. Led by Perry, each actor explains what his or her character brings to the group.

Next in line is Guys with Kids. It’s like Three Men and a Baby, but with wives. From executive producer Jimmy Fallon comes this show about fathers who try to balance family and friendship. The cast includes Anderson (Law & Order), Bradford (Outlaw), Jamie-Lynn Sigler (The Sopranos), Tempestt Bledsoe (The Cosby Show) and Zach Cregger (Miss March).

Enough about the adults, let’s talk about babies! Watch the cast dote on their tiny co-stars in this behind-the-scenes clip.