Kevin Hart kept his promise to keep “nobody off limits” during his opening monologue at the 2012 MTV Video Music Awards. Among his targets? Chris Brown, Drake and Kristen Stewart. 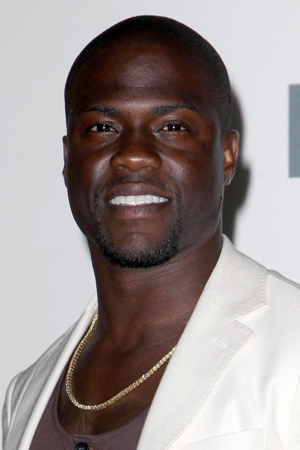 Kevin Hart told reporters earlier this week that he planned to go after all celebrities equally during the 2012 MTV Video Music Awards — and he didn’t mince any words. First up, he tried to settle the beef between Chris Brown and Drake, telling the crowd that Drake likes to recycle and he thought a recycling bin was next to Brown’s head.

“Drake and Chris Brown, I’m gonna nip this in the bud tonight,” he added.

Cameras panned to Drake, Lil Wayne and Nicki Minaj after that joke — they didn’t seem too pleased.

Next up? Kristen Stewart. Despite rumors that her affair with Rupert Sanders would be off limits, Hart launched into a rant about why it’s not that big of a deal.

“She made a mistake,” he told a cheering crowd. We have to agree! Let the poor girl alone. Too bad Robert Pattinson — scheduled to present at the show — wasn’t in the audience for that comment. We’d have loved to see his reaction.

Hart also touched on Snooki’s new baby. The Jersey Shore star isn’t at the VMAs, but that didn’t stop him from giving her a bit of advice.

“I don’t want you to do something crazy with that baby like spray paint it orange,” he joked.

First award of the night — for Best Pop Video — went to One Direction for “What Makes You Beautiful.”

“We’ve grown up watching this show, so to even be here is an honor,” said Niall Horan. “We’d like to thank the most important people, our fans, who helped us win this award.”

What do you think of the 2012 MTV Video Music Awards so far?