Has American Idol finally nailed down its next judge? All signs point to yes. Latin singer Enrique Iglesias has been offered a spot at the judges’ table for next season. 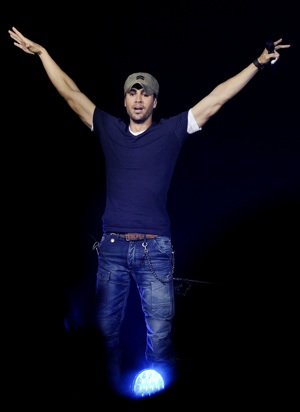 Over the past few months, American Idol has been under construction. Thus far, Jennifer Lopez and Steven Tyler have left their judging posts, while Randy Jackson has moved on to a mentoring role.

The producers and Fox have been pooling talent to find the best replacements. The hottest singers, songwriters and rappers have been rumored to be ready to fill the empty spots. But only Grammy winner Mariah Carey has been confirmed. So who’s next on the list?

In August, Enrique Iglesias was pegged as a potential judge. His name was one of many candidates, including Keith Urban, Nicki Minaj, Katy Perry and Alanis Morissette. According to Entertainment Weekly, the job is Enrique’s for the taking.

Sources close to American Idol confirm that Iglesias has received an official offer. The amount in question is rumored to be around $4 million, which is similar to Urban’s deal. Iglesias just wrapped a world tour, where he shared the bill with former Idol judge Jennifer Lopez. Coincidence? We think not.

Were Steven Tyler and Jennifer Lopez asked to leave Idol? >>

Before you get too excited about the singer’s involvement, you should know one thing: Iglesias is known for turning down reality shows. Prior to AI, he was offered jobs on The X Factor and NBC’s The Voice. But with his tour complete and his schedule open, perhaps he’ll have a change of heart?

Do you think Enrique should accept the offer?