Get ready, fashion lovers … Fashion’s Night Out is tonight! The event — held to mark the opening of Mercedes-Benz New York Fashion Week — is held at retailers across the country. 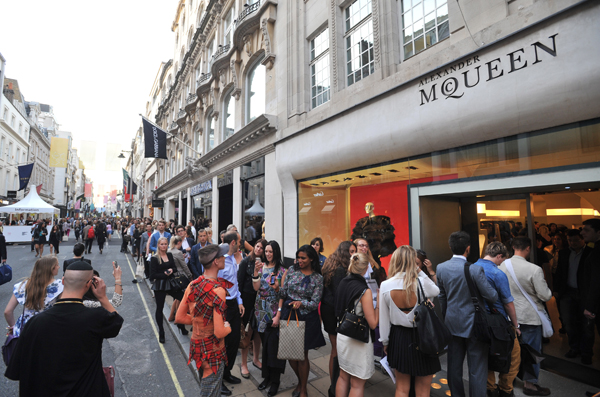 Many retailers are pulling out all the stops for this year’s Fashion’s Night Out, with cocktails, mini-runway shows and all the fashion your credit cards can handle.

Most of the big events are happening in NYC, with celebrities lining up to mingle with us common folk. A small sampling of celebs scheduled to appear include the following:

Can’t get out to shop? You can watch the fun on Nine West’s Facebook page.

“Nine West is giving you the opportunity to participate virtually in one of the biggest fashion events of the year via their Fashion’s Night Out online experience, hosted by Saucy Glossie blogger Lindsey Calla, on content-streaming social network Big Live,” the retailer told SheKnows in a statement.

Are you hitting up any Fashion’s Night Out event? Let us know what you bought — and which celebs you spotted.