Chances are, when someone mentions “Charles Manson,” you think of a wild-eyed, swastika-tattooed killer with a cult-like following who took the lives of actress Sharon Tate and her friends. But, apparently, a record store owner and his fellow fundraisers want you to know Manson the musician. 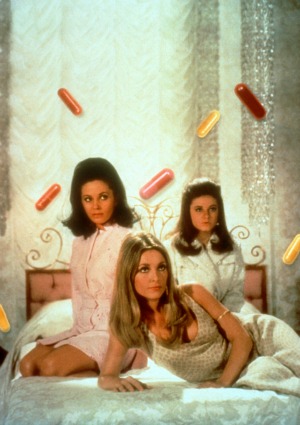 Charles Manson’s music is being showcased, thanks to a successful Kickstarter campaign to produce Manson’s tunes on vinyl, spearheaded by a 20-something Hollywood record store owner.

Manuel Vasquez, whose Highland Avenue shop reportedly sits where Manson’s rampage of actress Sharon Tate and her friends played out, turned to the fundraising website to press and sell several hundred copies of a 40-minute album featuring the killer’s music.

The Los Angeles Times reports the fundraising went over so well that several thousand dollars were raised to produce the album.

In fact, the donors’ names are listed on the album’s liner notes.

At $18 a pop, Vasquez reports some 200 albums have been sold in the six weeks it’s been out.

“I’ve gotten some hate mail from it,” the 26-year-old store owner told the Times. “There are people not appreciating the release of music by him.

“People say they don’t understand why I’d want to associate myself with this or why I would be interested in releasing it.”

Vasquez and fellow supporters insist it’s all for the love of the music, and not to profit from Manson’s diabolical deeds, making a point to note the convicted murderer won’t be “getting a cut.”

But, reading further, Vasquez almost sounds like one of those starry-eyed “prison wives” who jump from one bad boyfriend behind bars to another.

The paper reports the young store owner first found out about the 1969 killings in junior high, and has “befriended” Manson as he sits behind bars at Cochran State Prison, communicating with him mostly via email.

Vasquez goes so far as to say that he believes Manson’s “family” acted on their own.

The truth is out there: Unsolved celeb deaths >>

“I usually tell people that the perspective they have of Manson is what he was convicted for in 1969, not for what he became in prison,” he said. “He is somebody who is obsessed with ecology and saving the earth, the environment and animals. Life is his obsession, not death.”

Manson reportedly urged Vasquez to move forward with the album’s production, after he obtained a tape featuring music the killer recorded in the 1980s above the prison chapel at California Medical Facility in Vacaville.