Legendary TV newsman Tom Brokaw assured his fans that “all is well” after being rushed to a hospital in Charlotte, North Carolina, where he’s covering the Democratic National Convention. 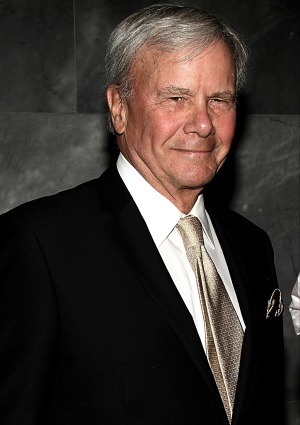 Tom Brokaw told fellow tweeps a prescription sleeping bill is to blame for his being hospitalized early Thursday morning.

“All is well,” Brokaw tweeted. “Early AM I mistakenly took a half dose of Ambien and made less sense than usual. Made a better comeback than Giants…”

That was all characteristic Brokaw — with his wry humor.

Lindsay Lohan doesn’t do jail without her Ambien >>

But no one was joking earlier in the morning, as the Associated Press reports the 72-year-old NBC correspondent was hospitalized in Charlotte, North Carolina, where he’s been keeping a hectic schedule at the Democratic National Convention. Last week, he also had several on-air appearances at the GOP Convention.

The network also weighed in on Brokaw’s condition, saying that he was feeling “lightheaded,” and as a precaution they took him to the Charlotte-area hospital.

Earlier Thursday, the AP cited the network as saying he was “being evaluated” and in “good spirits.”

The Mayo Clinic reports that, while no studies have demonstrated problems so severe in older people as to limit the use of zolpidem (Ambien is a brand name), it notes that “confusion, dizziness and falling are more likely to occur in the elderly, who are usually more sensitive than younger adults to the effects of zolpidem.

Much has been made about prescription sleeping pills and their unwanted side effects, with the Mayo Clinic providing a lengthy list of both common and rare problems associated with the medicine.

Lightheadedness is noted as a “rare” side effect, along with hallucinations, fast heartbeat, nervousness, difficulty breathing, and rashes and swelling.