American Horror Story: Asylum arrives next month, but showrunner Ryan Murphy is still hiring actors. And the latest addition is a fan favorite from Season 1. 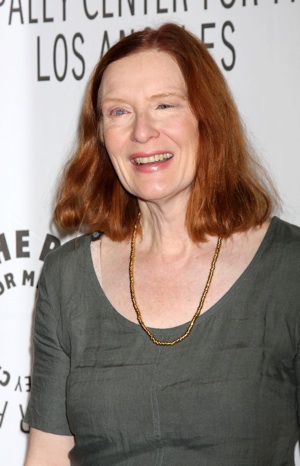 Ryan Murphy just can’t stay away from the original cast of American Horror Story. Even though the show is an anthology, he’s bringing back multiple actors from the first installment.

Wednesday, Murphy revealed his latest casting scoop via Twitter. He wrote, “Thrilled to announce Emmy nominee Frances Conroy is returning to AHS. Devils and angels this year … Frannie plays the ultimate angel.” Hmmm, what does that mean?

When it comes to this show, you can’t take anything at face value. This season of American Horror Story takes place in a mental hospital run by a priest (Joseph Fiennes) and a nun (Jessica Lange). Therefore, it makes sense that there will be an angel in the midst.

During season one, Conroy played a very different character. She was a maid named Moira, who was trapped inside a haunted house. Moira was dead but unable to truly move on because of the house’s supernatural pull. It was like a Los Angeles-based purgatory.

Are you excited for Conroy’s return?