The couple has been engaged at least since last month, when Bosworth let the word “fiance” slip into a blog, but on Tuesday she made it official through Twitter. 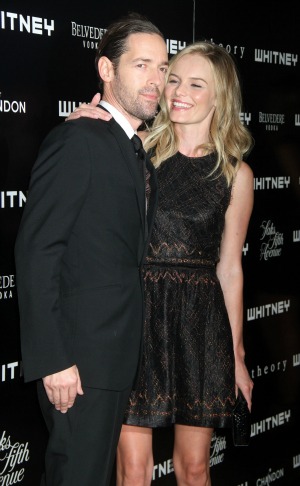 Even though Kate Bosworth let her engagement slip in a blog last month, on Tuesday she made it official. The actress posted a picture through YouSay on her Twitter page. “This photo was taken by my husband-to-be!” she tweeted. “Thank you all for the wonderful engagement wishes … We feel truly blessed.” The post included a photo of Bosworth and her engagement ring.

Although the tweet made the engagement official, Bosworth spilled the news in August, even though it may not have been intentional. “On our first day in Seoul, my fiancé … and I venture out to discover Changdeokgung Palace,” Bosworth wrote in her blog on Vogue.com, said E! News.

The actress has dated such high-profile names as Orlando Bloom and Peter Sarsgaard, but she told E! News in April that those days are over. “I had my single moment in my life, but … I’m happily settled now,” she said.

Bosworth has been dating fiance Michael Polish for about a year now. The two met on the set of Big Sur, a film Polish directed. The 41-year-old director made his directorial and writing debut in 1999’s Twin Falls Idaho.

Kate Bosworth continues to work on multiple projects. Including Big Sur, she has three projects coming out this year and will be in Movie 43 along with an all-star cast that includes Elizabeth Banks, Emma Stone, Kristen Bell, Anna Faris, Gerard Butler, Hugh Jackman, Richard Gere, Naomi Watts, Kate Winslet, Uma Thurman and Chris Pratt, among many, many more. Movie 43 is set to be released in 2013.

Big Sur is a film about Jack Kerouac and his novel of the same name. It stars Bosworth, along with Josh Lucas and Stana Katic. The film is set to come out this year, although it does not currently have a release date.

The couple has not commented further on the engagement and has not yet announced a wedding date.