The author’s husband, Niall Leonard, told a UK magazine that Ryan Gosling is likely the next Christian Grey. But many are saying Leonard was misunderstood. 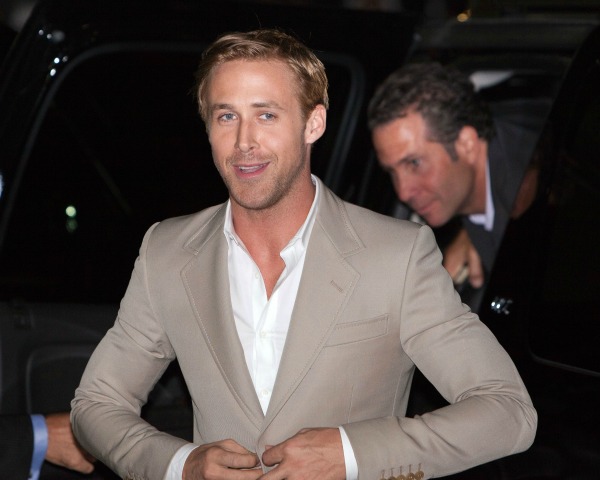 This year, everyone in Hollywood has been waiting to learn what the casting choices will be for the screen adaptations of the Fifty Shades of Grey books. In March, Universal Pictures and Focus Features purchased the rights to make the films for $5 million, and the rumors have swirled since then.

Today’s rumor may be one of the best, for so many reasons. According to the Huffington Post, British magazine Now reportedly spoke with a source close to the author herself — her husband.

The rumor can hardly be called a fact, though, since Now didn’t directly quote Leonard. And other publications, such as WetPaint, said he may have been misunderstood. Gosling is a favorite for the part, though, and many agree he would make a perfect Christian Grey.

Two producers of The Social Network, Michael De Luca and Dana Brunetti, were hired to produce Fifty Shades of Grey and its sequels, and they have their own vision for what the film will look like when completed. “At its core, Fifty Shades of Grey is a complex love story, requiring a delicate and sophisticated hand to bring it to the big screen,” Universal co-chairman Donna Langley told The Hollywood Reporter.

None of the involved parties have mentioned much about what they are looking for in actors to play the two main characters, but seeing Ryan Gosling in some intimate love scenes could potentially be a huge draw for the target female audience.

Neither James nor Leonard have responded to the report that Leonard gave away the Gosling casting rumor, but hopefully we will have more news soon.