The actress has allegedly been in multiple accidents this year, and it looks like she will finally have to answer for her mistakes. 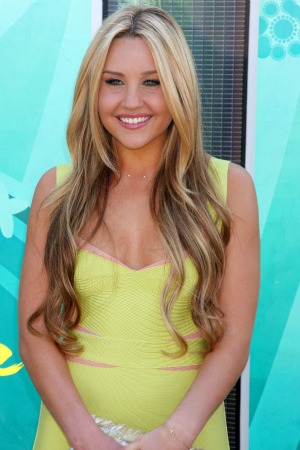 It looks like Amanda Bynes is finally going to have to answer for the multiple accidents she has allegedly been in this year. Today she was charged with two hit-and-runs.

“The first hit-and-run occurred on April 10, according to the complaint filed in Los Angeles,” said Sheila Marikar of ABC News. “The second happened Aug. 4. Bynes is scheduled to appear in court for an arraignment on Sept. 27. The charges carry a maximum sentence of six months in jail and/or a $1,000 fine for each count.”

Earlier this summer, Bynes was charged with driving under the influence related to an April 6 arrest where a police officer said she sideswiped his car while trying to make a turn. She refused a Breathalyzer test at the scene, said Marikar. After Bynes was arrested, she sent a weird tweet that said, “Hey @BarackObama … I don’t drink. Please fire the cop who arrested me. I also don’t hit and run. The end.”

As far as we know, the POTUS did not reply, nor did he get the cop who arrested her fired. Bynes’ reps have not replied to requests for comments on the new charges, but we will know more at her arraignment on Sept. 27. The actress has been in as many as four accidents since the first one in April, but charges only resulted from two accidents. Just five years ago, Bynes told Us Weekly in an interview that she would never become a partier like most actresses her age.

“I don’t like to drink. I have definitely stayed out of the party scene. I’ve been offered to go to those parties, but I feel like I would be the one who would die if I did something,” Bynes said in the interview. “I don’t know how they think they’re gonna live forever.”

Bynes got her start as a Nickelodeon darling, on such shows as All That and The Amanda Show. Her last project was in the movie Easy A, in 2010.