Women’s activist Sandra Fluke appeared at the Democratic National Convention today and is looking toward the future — not the past and the controversy with Rush Limbaugh. 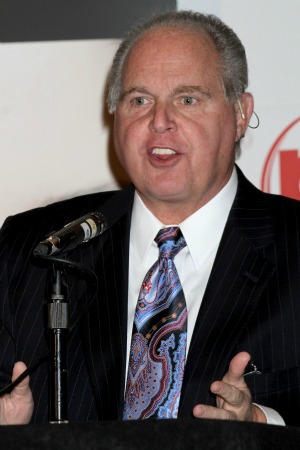 Sandra Fluke was thrust into the spotlight earlier this year when she testified about the need for accessible birth control and conservative talk show host Rush Limbaugh in turn called her “a slut.” Limbaugh lost some advertisers because of the comment and later apologized.

“I descended to [the left’s] level when I used those two words to describe Sandra Fluke,” Limbaugh said later on his radio show. “I’ve always tried to maintain a very high degree of integrity and independence on this program. Nevertheless, those two words were inappropriate. They were uncalled for. They distracted from the point that I was actually trying to make, and I again sincerely apologize to Ms. Fluke for using those two words to describe her. It was way beneath me, and way beneath you. I was wrong. I genuinely apologize.”

But Fluke has moved on. She has been traveling the country, continuing to speak about the issues she cares about, and today she spoke with ABC News at the Democratic National Convention. The network asked her what her life is like these days.

“There are a lot of people who have been very kind and have expressed support and do stop me on the street and it’s just really nice to hear from them, I always appreciate that,” said Fluke.

She continued by saying that the comments have not slowed her down and, in fact, have probably helped her cause.

“I’m still working on the same policies that I’ve always cared about, I just have a slightly bigger microphone now,” she said.

Fluke believes that women have a clear choice when it comes to this election.

“I have been traveling around the country talking to women about these policies, and it’s clear to me that women are very concerned about this issue right now,” she said. “They understand the clear difference between Mr. Romney and President Obama.”

The activist is staying busy, and it looks like she will continue working on the election and the policies she believes in. Limbaugh has not commented much on the controversy since issuing his apology.

You can watch the full interview here.