Ellen DeGeneres was given one of Hollywood’s highest honors today. The city gave her a star on the Walk of Fame — and a place in history. 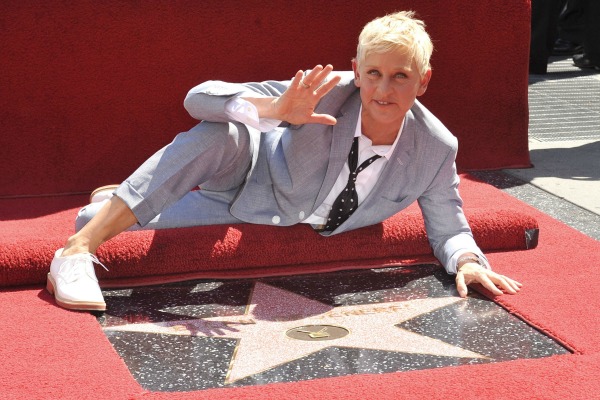 She wanted to share the moment with as many people as possible, and once she got down there, she again tweeted. This time, she said: “So excited to see fans here at the W Hollywood to see me get my star on the Walk of Fame! Come down if you can!”

The actress remained the jokester whom we have come to love and kept cracking jokes even during the ceremony.

“It is amazing. I spent my entire career trying to conduct myself in a certain way making sure no one walks all over me only to get to a point where people are going to walk all over me,” she said, according to E! News. “It means so much to me that everyone showed up.”

CoverGirl, a company for which DeGeneres is a spokesperson, also tweeted to her in congratulations. “Congrats COVERGIRL @TheEllenShow on your shining new star on the Hollywood Walk of Fame! #WeLoveEllen,” said the company this morning.

According to E! News, stars like Ryan Seacrest and Jimmy Kimmel were in attendance. DeGeneres’ wife, Portia de Rossi, was also there.

DeGeneres has come a long way and broken a lot of barriers since her first role in 1989. From 1994 to 1998, she starred in Ellen, which included an episode in which the character came out as gay to her friends. It may seem like the norm these days, but the episode was groundbreaking for television in its day.

In 2003, DeGeneres took on the voice of Dory in Finding Nemo, and according to the Internet Movie Database, she is rumored to be working on Finding Nemo 2. DeGeneres also hosts her talk show, The Ellen DeGeneres Show, which has been on the air since 2003.