MTV knows its audience, and it doesn’t want to gamble on its biggest night of the year by competing with President Obama’s acceptance speech at the Democratic National Convention. 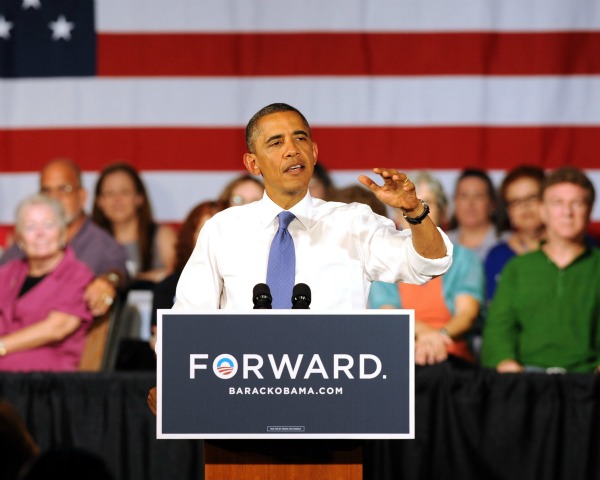 If you had to use one word to describe MTV, you probably wouldn’t think of the word “humility.” But it sounds like that is exactly what the folks at MTV are feeling after an announcement they made today about Thursday’s Video Music Awards. The network knows that there are certain things it just can’t compete with, and one of those things happens to be the president of the United States.

After it was announced that President Obama would be speaking Thursday at the Democratic National Convention at 10/9c, the MTV Video Music Awards decided to move out of his way. The awards show will move up one hour, meaning it will now air from 8/7c to 10/9c.

“The video awards are a considerable draw for young viewers and usually run around Labor Day,” said the Associated Press. “MTV often uses the awards show to introduce new programming in the hour afterward but will not do so this year.”

The awards ceremony is arguably MTV’s biggest night of the year, and the network will not be taking the chance that its viewers will choose the president’s speech over the awards show.

“Last year’s show was seen by 12.4 million people, more than anything on the broadcast networks that week and likely MTV’s largest audience ever,” according to the Associated Press. “The highlight of last year’s show was Beyonce’s announcement that she was pregnant.”

This year’s MTV Video Music Awards are expected to be just as exciting as in years past. The night will start off with a Jersey Shore special at 6/5c, followed by Demi Lovato hosting a pre-awards show at 7/6c. The awards ceremony itself will feature such performers as Rihanna, Frank Ocean, Taylor Swift, Green Day, Pink, Alicia Keys and One Direction. Comedian Kevin Hart will be the host for this year’s show.

You can find the full list of nominees and our Editor’s Picks, here.