Being a character on The Vampire Diaries is rough. The latest promo for Season 4 centers on Elena, who’s stuck between a rock and a hard place. The CW also released previews for America’s Next Top Model and The L.A. Complex. 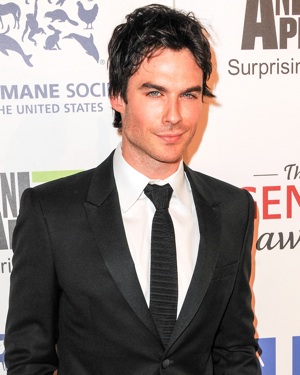 Next month, The CW will debut all-new episodes of its favorite bloodsucking series, The Vampire Diaries. Tuesday, The CW released a super trailer promoting the upcoming fourth season.

Back in May, The Vampire Diaries ended on an emotional note. There was a death, a body swap and a transformation (not in that order). This fall, Elena (Nina Dobrev) gets the shock of her life as Stefan (Paul Wesley) breaks some bad news — she’s sort of a vampire.

In the promo, we see Elena’s pals doing everything they can to reverse her condition. And as usual, her best friend Bonnie (Katerina Graham) is not afraid to use a little magic.

The Vampire Diaries returns Oct. 11, but you don’t have to wait long for good drama. The summer series The L.A. Complex is still going strong. You can catch it every Monday at 8/7c on The CW.

One of The CW’s longest-running shows is low on supernatural but high on supermodels. The latest season of America’s Next Top Model is in full swing. This cycle is more exciting than ever, as it centers on wide-eyed college students. And Friday’s episode (which airs at 8/7c) will feature a series staple — makeovers!

ANTM: College Edition — “The Girl Who Wants Out” Preview:

What show are you the most excited to see?