Even with hurdles to face for Season 5, more and more people are watching Breaking Bad, making many wonder if ending the show is a good idea. 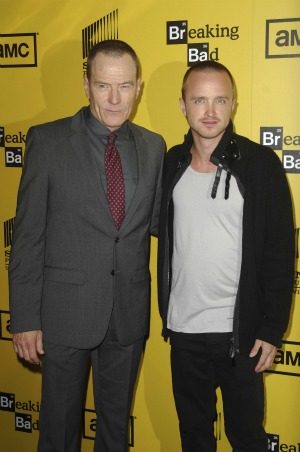 The first half of Season 5 of Breaking Bad really went out with a bang, and plenty were there to watch it. Sunday night’s episode, which marked the finale of the first half of the fifth season, had 2.8 million viewers, according to AMC. The number is a 47 percent increase over the Season 4 finale. In comparison, the first eight episodes of this season had an average of 2.6 million viewers, which is up 39 percent from Season 4.

“Congratulations to everyone involved in Sunday’s great success and for delivering episode after episode of television that is nothing short of remarkable,” Charlie Collier, AMC’s president, said in a statement. “Breaking Bad began five years ago with a pilot that was like nothing we had ever seen on television.”

Sunday’s episode marks the beginning of the end for the show. AMC will be ending the series after the end of the fifth season, although they are making it last as long as they can — the second half of the fifth season won’t air until the summer of 2013.

“That Breaking Bad continues to deliver at such a remarkable level creatively, now over 50 episodes later, is a rare accomplishment that begins with Vince Gilligan, and the torch is carried by every member of the team on both sides of the camera,” Collier continued. “We can’t wait to share the final eight episodes with our audience.”

AMC thought they might face some hurdles for this season since Dish decided to drop the network, but it obviously hasn’t slowed them down at all. Breaking Bad also picked up 13 Primetime Emmy nominations, including Outstanding Drama Series, Outstanding Lead Actor in a Drama Series for Bryan Cranston, Outstanding Supporting Actor for Aaron Paul, and many more.