This loveable, relationship-centered show is sure to please anyone and everyone. The main characters have amazing chemistry — whether they’re romantically involved or not — and just watching the preview makes you laugh until you cry! The romantic relationships are not the center of attention — instead a gay/straight friendship is the heart of the comedic genius. 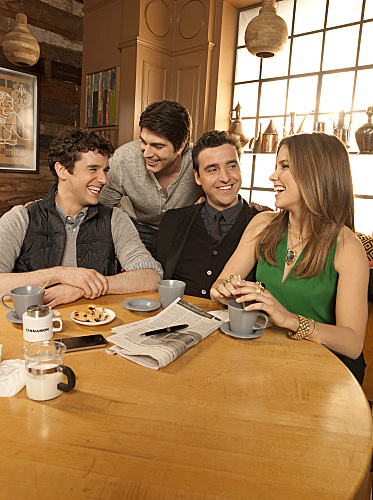 Inspired by the lives of fabled Will & Grace creators David Kohan and Max Mutchnick, Partners follows the lives of two best friends and business partners. When one of them becomes engaged to be married, their life-long “bromance” is put to the test. Joe (David Krumholtz) is a successful architect who makes decisions logically, especially in matters of the heart. Joe’s gay best friend and business partner, Louis (Michael Urie), is just the opposite, favoring spontaneity, hyperbole and emotional decision-making. Louis is also in a loving, happy relationship with his hunky “nurse” boyfriend, and there are many awkward but amazing moments between both couples.

Louis and Joe have been friends since childhood and although the similarities between the two are few and far between, there is love holding it all together. It is really nice to see a different aspect of a gay/straight comradery other than the typical male/female friendships, and this show highlights the best of both worlds.

Why should you see it?

Everyone enjoys a good laugh, especially after a long day at the office or running the kids around, and this new series is sure to give you exactly that! As if this series isn’t already funny enough, its real-life spin only adds to its humor.

Check out the trailer here:

This isn’t the only funny new series coming out this Fall. Also check out:

Welcome to the neighborhood! BTW, it’s filled with aliens

The CW to turn doctor drama up with Emily Owens, M.D.