The Biggest Loser‘s most terrifying trainer is back. Jillian Michaels has returned to the NBC series for its new season. She’ll reunite with Bob Harper and Dolvett Quince to whip the latest batch of contestants into shape. 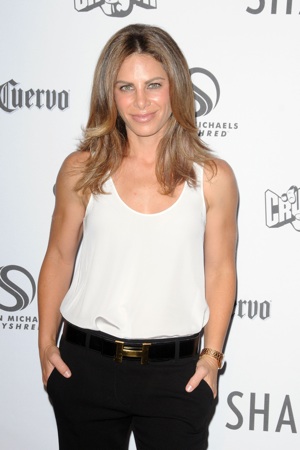 NBC is kicking off the latest season of The Biggest Loser with a familiar face. After two years away, Jillian Michaels is back to play. The trainer, who’s famous for her no-nonsense methods, will rejoin the reality show for its January premiere.

According to EW, NBC confirmed Michaels’ return as well as a few twists to this season’s competition. The age range for contestants has been lowered to include 13 -17-year-olds, which could only mean one thing: they’re going after childhood obesity.

The kids will get all the weight loss benefits of the program, but won’t be competing for the title prize. They’ll also be spared from eliminations and TV weigh-ins.

The contestants will be broken up into three teams, which consist of one teen each. They’re training will be supervised by Michaels, Bob Harper and Dolvett Quince.

The Biggest Loser trainer: Fat is all in your mind >>

After recently becoming a mother, Michaels sees this season’s The Biggest Loser as a personal challenge.

“As a former overweight teen, I know firsthand how dramatically weight issues can affect every aspect of a child’s life,” Michaels said in a statement. “Having recently become a mother of two, I am more passionate than ever about helping empower children and families with the information and resources they need to live a healthier life.”

Jillian Michaels dishes about fitness for moms, snacks for kids and more >>

Michaels previously left the show in 2011 to focus on starting a family. During the break, she welcomed two daughters with partner Heidi Rhoades.