Michael Phelps is celebrating his retirement the right way. The swimmer spent the weekend with friends in Las Vegas. 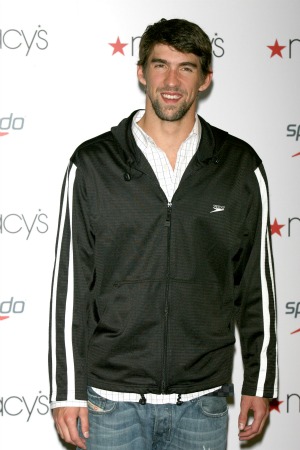 If this last few weeks taught us anything, it’s that what happens in Las Vegas does not always stay there. When Prince Harry was caught on camera playing strip poker in a Vegas hotel room, the city’s slogan was proven wrong.

Michael Phelps threw his own party this weekend in Las Vegas, but according to the Los Angeles Times, he did it appropriately. At least by Vegas standards.

“A Labor Day weekend bash awaited Phelps and athlete pals such as Allison Schmitt and Nathan Adrian, kicking off Friday at the Wynn Encore’s Surrender nightclub,” said the LA Times.

The 27-year-old swimmer said he would be retiring after 2012’s Summer Olympics, and he decided to go out in style. The newspaper said the first night, Phelps’ party consisted of waitresses in bikinis, a lot of vodka, and DJs.

“This is my first night of retirement!” he yelled as the weekend-long party kicked off, said the LA Times.

“The following afternoon at the Encore Beach Club Phelps rolled shirtless in shades with Schmitt and Adrian but not girlfriend Megan Rossee, accepting kudos from party-goers and a cake decorated with gold medals from some scantily clad servers,” reported the LA Times. Hotel owner Steve Wynn and his wife were in attendance, as well as Phelps’ fellow athletes.

Phelps became the most winning Olympian ever at this year’s London games. He now has 22 Olympic medals, 18 of them gold. He took the record from former Soviet gymnast Larisa Latynina, who had held it for 48 years.

Phelps has not said what his future might hold. For now, it seems he is just enjoying his victories without having to look forward to the next race or Olympics. You can be sure though that the swimmer could be successful at anything he wants, and we hope to hear much more from him in the future.