Author Kristin Harmel has just finished a book tour for her eighth novel, The Sweetness of Forgetting. Ms. Harmel shares details of the mouthwatering recipes in the novel and how this story had to be told. 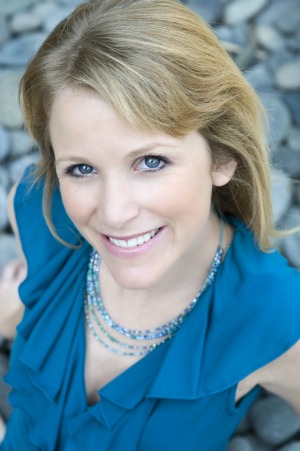 If you could describe your book in one sentence what would it be?

Harmel: The Sweetness of Forgetting is the emotional and heartfelt tale of a 36-year-old bakery owner in Cape Cod who uncovers a family history buried in the Holocaust, and a love story 70 years in the making, when her grandmother, who now has Alzheimer’s, sends her on a mission to Paris, arming her only with a list of names and a few cryptic clues about the past.

You’ve said this is a novel you’ve wanted to write for a long time. Why was now the right time?

Harmel: I started my novel-writing career as a chick lit writer. I wrote my first book when I was 24, and it came out seven years ago, when I was 26. Now I’m 33, and I’ve grown up a lot, both in terms of my writing style and in terms of my own taste and interests. Chick lit made sense for me for the first few years of my career because it was what I was reading, and I was still in the throes of trying to figure out where I fit in the world, which is a very common theme in chick lit.

I’m so proud of the work I did in that genre, but I’ve been ready for a few years to move on to something with a bit more depth. However, when you’ve established yourself in one genre, people expect more of the same when they see your name, so it becomes a challenge to outgrow who you used to be. The Sweetness of Forgetting has been in my heart and my mind for a while, but it took me some time to find a wonderful agent — Holly Root of Waxman — and a wonderful editor — Abby Zidle at Gallery Books — who believed in me and in my ability to grow beyond the genre I started in. So in that way, this book is very much a team effort. It was Abby’s and Holly’s faith in me that finally convinced me I could do this. I’ll be forever grateful for that, because I was able to produce a book I’m very, very proud of, and that seems to be touching people deeply.

What was the most surprising information you came across in your research about the religious persecution in Paris?

Harmel: Far and away, the most fascinating thing I learned was that during World War II in Paris, when Jews were being arrested and deported to concentration camps, the people of the Grand Mosque of Paris, the Muslim center of the city, stepped in to save lives. The exact numbers and details are hazy, because there were no official records kept at the time (because of the danger it would have put people in), but to know that Muslims helped save Jews at a time when religious persecution reigned is pretty amazing. I think it’s a beautiful story, and it contains some really powerful messages for us today. The story of the Grand Mosque of Paris plays a role in The Sweetness of Forgetting. I’m so happy to be able to share that with readers, and to get people talking about the fact that at our heart, despite religious, ethnic or racial differences, we’re all pretty similar after all. 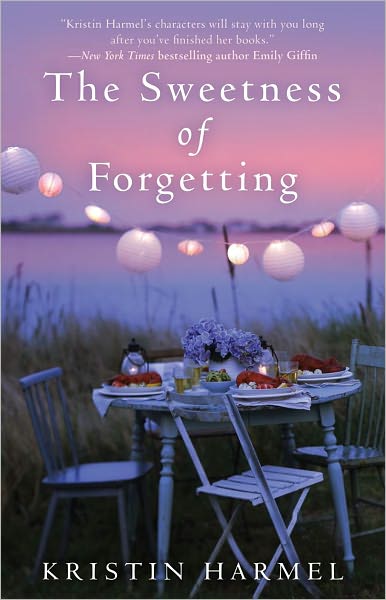 Sweetness… is a bit of a departure from your usual romantic work. Was there a difference in how you tackled the writing process? Did it differ any for you?

Harmel: A bit. I had to do more research for this one, because I wanted to get all the details of the Holocaust, 1942 Paris, current-day Paris, and the effects of Alzheimer’s right. But otherwise, my writing process was very much the same. I always outline my novels first, then write them in chronological order. For the first time in my writing, I dealt with multiple narrative viewpoints. Two-thirds of the chapters are from the first-person viewpoint of Hope, while the remainder are from the third-person viewpoint of Hope’s grandmother, Rose. So that was a bit different for me. I also wrote recipes for the book, which I’ve never done before. I’d love to do that again in a future novel, to be honest!

How did you decide which recipes would make it into the book?

Harmel: Since The Sweetness of Forgetting centers around a woman named Hope who owns a bakery that has been in her family for generations, I knew that food would play an important role. But what Hope doesn’t expect is that her family’s long-held secrets are, in a way, baked into many of the pastries she’s been making for years. Because of that, I wanted readers to be able to taste — and not just read about — the baked goods that help reveal the true story of Hope’s grandmother’s past. I included nine original recipes from the bakery, including several that help reveal the past, and several that are easy bakery favorites, such as North Star Vanilla Cupcakes, North Star Blueberry Muffins, and Cape Codder Cookies.

What’s next for you?

Harmel: I’ve just finished a young adult proposal, which my agent is currently shopping around, and I’m in the midst of writing a proposal for a new women’s fiction book. In September, I’ll be heading over to Europe, to support the launch of the Italian version of The Sweetness of Forgetting, and I’ll be back in the spring for my UK and German launches, and perhaps more. The book’s getting a ton of buzz internationally, so I’m really, really excited to meet readers overseas!