Just days after Bobby Brown’s stint in rehab ends, his wife suffers a seizure and has to be rushed to the hospital. It’s been a year of bad news for the New Edition singer. 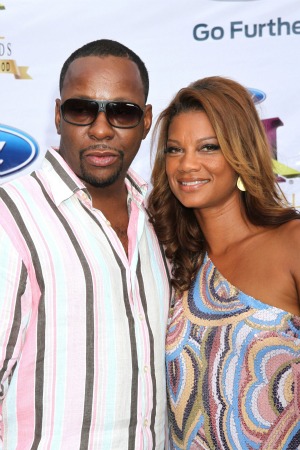 Bobby Brown is just not having a good year, and it keeps getting worse. Only a few weeks after checking into rehab as a requirement for his DUI arrest, his new bride, Alicia Etheredge-Brown, was hospitalized after suffering a seizure. The couple was staying in a hotel in Kissimmee, Florida, when she suffered the seizure, said E! News. She was taken to an Orlando hospital.

“The report that my wife was rushed to the hospital is true,” the New Edition singer tweeted on Saturday. “She is recovering and in good spirits. Please keep my family in your prayers.”

Brown checked himself into rehab in August and, according to E! News, checked himself out three weeks later. The couple was married in Hawaii only three weeks before his rehab visit. But because the time in rehab was part of his DUI plea, it wasn’t completely unexpected — the Browns knew what they were getting themselves into.

Because Brown checked himself out, we assume the three-week rehab stay fulfilled his requirements. Brown and Etheredge-Brown were reportedly in Florida celebrating the 30th anniversary of his band, New Edition, according to E! News. He wasn’t with his wife when she suffered her seizure and was told of her condition when he was in the middle of a sound check with the group.

Bobby Brown’s ex-wife, Whitney Houston, died suddenly earlier this year. Soon after, he was arrested for that DUI and sentenced to the rehab stint. The singer seems to stay positive though — he went forward with his wedding and will be heading out on a tour with New Edition later this month.

His wife told NJ.com in August that he is “mentally in a good place.” The New Edition tour kicks off in New York on Sept. 19 and will wrap up Sept. 23.

Since Brown’s tweet Saturday, there has been no news on Etheredge-Brown’s condition.