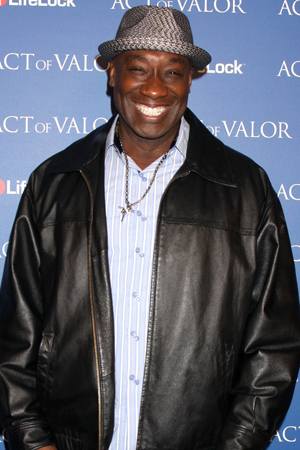 Actor Michael Clarke Duncan, best known for his role as a prisoner in Green Mile, has died, fiancee Omarosa Manigault-Stallworth told the Associated Press. He was 54.

Duncan’s health problems started earlier this summer when he suffered a heart attack in mid-July. Omarosa managed to save his life with CPR.

“According to doctors, Michael Clarke Duncan suffered a myocardial infarction early this morning. He is now stable and we look forward to his full recovery,” his rep told E! News after the incident.

He later went into intensive care, according to Omarosa.

“Everyday GOD continues to smile upon my luv Michael Clarke Duncan on this arduous road to recovery,” she tweeted on Aug. 3. “God is with us every step of the way!!”

However, the weeks-long stay in the hospital took a toll on the couple’s finances.

“After going through this medical scare with MCD my advice to all of you is to NEVER get SICK!!” she tweeted on August 1, along with a photo of prescription pills on top of $20 bills.

The couple started dating in 2010 after meeting in the produce section of a Whole Foods store. She inspired him to adopt a vegetarian diet and drop some weight from his 6-foot, 5-inch, 315-pound frame.

No official word on what caused Duncan’s death — Omarosa’s Twitter feed gives no indication that his death was imminent.

Such a sad loss of talent. Our thoughts are with Omarosa and his family.