September equals premiere season. In the old days, that meant keeping up on what was new on three network channels. Nowadays, that means trying to keep track of hundreds of choices. So stoke up the DVR and enjoy… 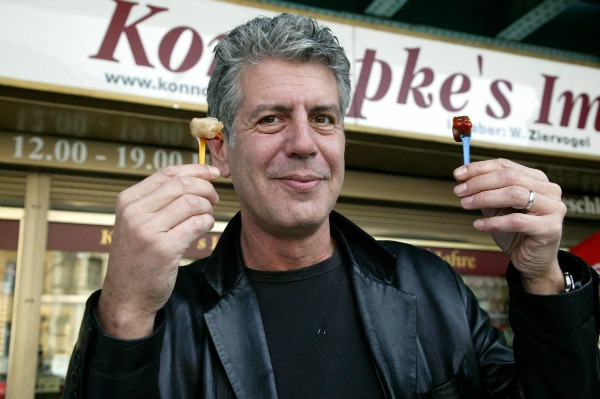 Anthony Bourdain is an acquired taste (as is much of the food he reviews). But if you love his take-no-prisoners approach to travel and food, and his sarcastic, forked-tongued, often-profane manner, you’re in for a treat. In the launch of the final season (sniff), Anthony visits Austin, Texas and puts a clever spin on this city known for its music scene by following bands around to their favorite places. Tune in tonight, Monday, Sept. 3 on the Travel Channel.

We were given a sneak peek at the season premiere, and all we can say is, we suggest you record it and watch it in the daylight. Jason Hawes and his team head to an abandoned prison to investigate stories of visitors being scratched and experiencing rope burns. A crew member who has never experienced paranormal activity — and doesn’t necessarily believe in it — is forced to re-evaluate her position after becoming a victim of the very things the team is there to investigate. Don’t miss this spook-fest, which kicks off Wednesday, Sept. 5 on the Syfy channel.

Yes, technically this is not a “season premiere.” However, since premiere season doesn’t get into full swing until about the middle of September, this unorthodox awards show promises to be worth your time for one reason or another. Just tuning in to see what Lady Gaga wears should be worth hitting the “record” button for. Will Kanye West behave this year? It’s an election year, so our vote is “no.” With the VMAs it’s never a matter of will someone get in a fight backstage or streak across the main stage, but who will do those things. Make time for this — you’ll want to be in the loop for the watercooler discussions the next morning. The 2012 MTV Video Music Awards air Thursday, Sept. 6 on, uh, MTV.

Top 10 most epic VMA performances ever >>

We have just two words for this show: Susan. Lucci. Our favorite and most notorious vixen of daytime TV is the perfect host for a show about affairs that have a dead end. Since people still aren’t getting the memo that affairs are never a good idea (hello, did no one see Fatal Attraction? Sheesh!), this series should serve as a memorable reminder of the deadly consequences that come with stepping outside your marriage. So to all you pond-sucking narcissistic pigs who are thinking of cheating (did we say that out loud?): Watch this September 8th on Investigation Discovery. Consider yourself warned!

Step aside, Sister Wives — there’s a whole new controversial series in town. In Breaking Amish, young Amish adults and one Mennonite leave behind their strict religious upbringings and primitive surroundings to go to New York City. This series proves to be a fascinating and rare glimpse into a lifestyle few of us know much about. And since this young crew risks being shunned from their loved ones forever if they choose to stay in the Big Apple, the stakes are high and the drama is plentiful. When stacked up against other new reality shows, this one is competitive, because for once the young adults aren’t a pack of overindulged drunks. Breaking Amish premieres Sunday, Sept. 9 on TLC.