A week after the U.S. Anti-Doping Agency stripped Lance Armstrong of his Tour de France titles and banned him from the sport, details are surfacing about his famous one-time fiancée Sheryl Crow’s role in the federal case against the tarnished cyclist. 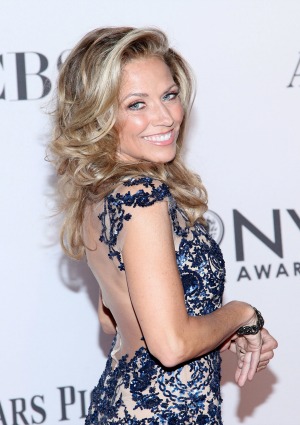 Sheryl Crow allegedly provided information to help aid in the doping investigation that Lance Armstrong claims was so intense, he was willing to give up his titles (and his reputation) just to get the U.S. Anti-Doping Agency off his tail.

A week after the cyclist said “enough is enough,” and was quickly stripped of his record seven Tour de France titles and any opportunities to compete in the sport in the future, the New York Daily News is reporting that Armstrong’s Grammy-winning ex was questioned by federal agents in late 2011.

Crow’s reported sit-down with the feds was part of a far-reaching, two-year investigation, in which “inside information” was collected about rampant doping use among Armstrong’s team members.

The USADA told the Daily News that at least 10 cyclists have spoken out against Armstrong as well.

Crow’s attorney, Jay Cooper, advised the songwriter to cooperate with the feds (as if there’s much choice in the matter).

“I’m not going to comment one way or the other,” Cooper told the publication, citing attorney-client privilege.

While Armstrong was once the golden boy of his sport, he and Crow were the golden couple in the mid-2000s. They were often photographed jet-setting from one plum place to another and openly speaking about their relationship on Oprah.

In fact, the Daily Mail reports Crow even commented on doping allegations to USA Today in 2005, a year before the couple broke up after three years of dating, effectively ending their engagement.

She chalked the rumors in French fans’ circles not up to “anti-Americanism,” but to “a handful of people pursuing that theory, and it’s tiresome and a nuisance, and it will eventually end, I hope.'”

As of Monday morning, Armstrong’s camp hadn’t commented on the matter, though the cyclist vowed he would no longer speak publicly about the issue.