Is art imitating life in Kristen Stewart’s newest movie On the Road? She plays wild child Marylou who’s looking for nothing but a good time. 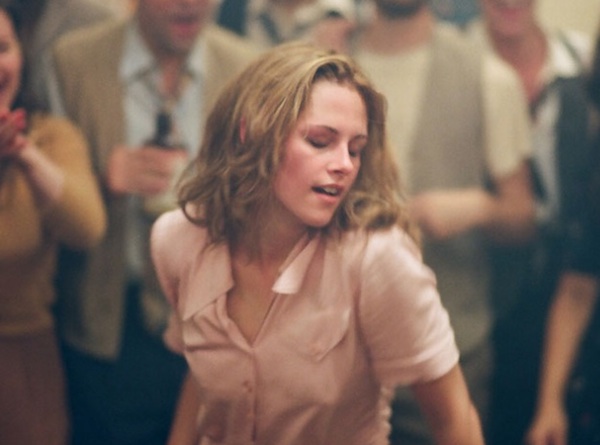 The 22-year-old star Kristen Stewart has been in the spotlight recently for cheating on now ex-boyfriend and Twilight co-star Robert Pattinson. But does her new movie, an adaptation of the famous beatnik book On the Road, show the starlet’s true colors?

Typically known for taking roles where she gets to play a badass, in The Twilight Saga and Snow White and the Huntsman to name a couple, the actress portrays an aimless wanderer in the new indie film directed by Walter Salles (The Motorcycle Diaries, Paris, je t’aime). 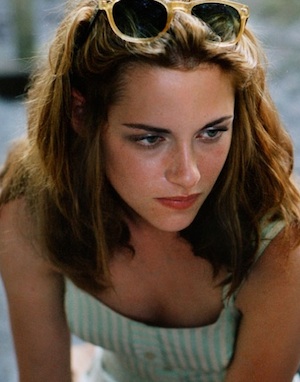 If you haven’t read the famous book about the wandering writer headed west, the story follows young Sal Paradise (Sam Riley) as he hooks up with various drifters in his search for the American Dream. Garrett Hedlund from TRON: Legacy and Country Strong plays Dean Moriarty, the free spirit whom Sal wants to emulate.

And Stewart… well, she plays wild child Marylou, the character who in the book is Dean’s girlfriend and a bit of a lost soul. She’s passed around among Dean’s friends and from the looks of it doesn’t seem to mind that much.

In the new trailer, it’s said that Dean has married Stewart’s character, a 16-year-old girl in search of a good time. We see Marylou dancing, being charming and falling victim to that deep sense of wandering that takes young kids across country in search of finding the meaning in life. So that brings us to the question: Is Stewart, like her character, out for a good time, or is there something deeper she’s longing to find on these wild adventures…?

This production of On the Road is the first film adaptation of the book. From the late ’50s when author Jack Kerouac reportedly pleaded with Marlon Brando to play Dean’s character to the late ’70s when the rights passed through the hands of Francis Ford Coppola, the story has never been filmed.

Due out in December of this year, On the Road premiered at the Cannes Film Festival in May to negative and mixed reviews from critics. The film also stars Kirsten Dunst and Viggo Mortensen.

What do you think of KStew in the new On the Road trailer?