Sam Raimi’s horror film The Possession kills off the competition on a slow Labor Day weekend that ends blockbuster season for 2012. 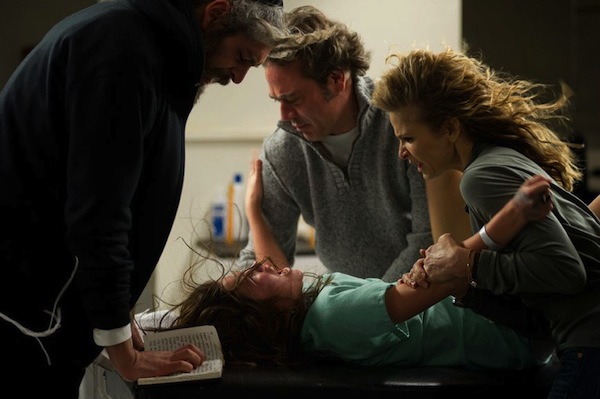 Bu-bye big-hit wonders of sunny days. The summer is over, and fall is here. The darkness of Halloween awaits us. And there’s no better way to get ready for it than to see the number one horror movie in America, The Possession, brought to you by the master of horror himself, director Sam Raimi.

When a young girl buys a possessed box from a garage sale, a divorced couple must team up to find out why their daughter is now under the spell of an evil spirit. The film grossed an estimated $18.8 million in box office returns for the three-day weekend, according to Deadline Hollywood.

This film about the violent days of Prohibition gives the blood and guts version of bootlegging with a hot cast of rough-and-tumble guys. Starring Shia LaBeouf, Guy Pearce and Tom Hardy, this crime western set in Depression-era Virginia grossed an estimated $9.6 million over the holiday weekend.

The two-time number one action flick, The Expendables 2, stars more muscle meat than a martial arts convention. The sequel to the shootout-man movie grossed an estimated $9.1 million this weekend, putting it at number three. 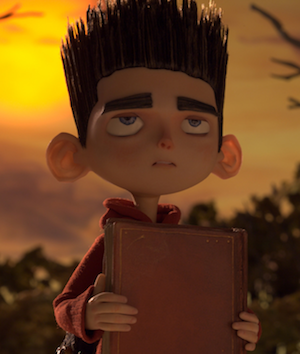 The uber adorable zombie movie that’ll also get you in the mood for Halloween, ParaNorman, is our pick for kids flicks this week. This stop-motion animation is definitely a sight to see in the theaters. The film grossed an estimated $6.6 this weekend in box office returns. SheKnows went behind the scenes with voice stars Anna Kendrick and Leslie Mann to get the skinny on just how frightening it is to be in a kids zombie flick.

The blockbuster hit of the summer, The Dark Knight Rises, brought in an estimated $6.2 million in returns during its seventh week in the theaters. The Christian Bale and Anne Hathaway Batman movie hits a home run in suspense, romance and action.

The Jennifer Garner and Joel Edgerton family film about a couple that magically receives the child they’ve always wanted is the SheKnows pick for family films this week. Moms will have new appreciation for parenting when they see how even Jennifer Garner struggles with being a mom in our behind-the-scenes interview. The Odd Life of Timothy Green grossed an estimated $6 million, bringing it in at number seven this weekend.

The farce comedy staring Will Ferrell and Zach Galifianakis came in eighth this weekend with an estimated $5.7 million. It’s perfect election-year revelry for all those political junkies out there who love to laugh.

The conservative look at Obama’s childhood, 2016 Obama’s America, has a spot in the top 10 for the second week in a row. The film, helmed by conservative author Dinesh D’Souza, earned an estimated $5.7 million at the box office this weekend.

The sex and marriage comedy with two of our favorite stars — Meryl Streep and Tommy Lee Jones — puts the uncomfortable subject of married sex on the table. Laugh, cry and urge these two to get back in the sack as you watch the SheKnows indie pick of the week that earned an estimated $4.7 million at the box office this weekend. SheKnows sat down with screenwriter Vanessa Taylor to find out just what compelled her to write such a fabulous movie.