Although Murphy has been talking about a fourth movie for years, the project could go in a different direction and bring the idea to TV instead. 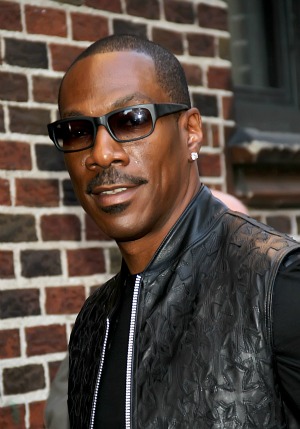 Fans of the Beverly Hills Cop movies have been waiting for a fourth movie (a real movie) for a while now, since Eddie Murphy has been talking about making it for years. But instead of bringing us a fourth movie, the actor may be changing directions. According to MTV, Murphy is considering turning the idea into a TV show instead.

“Vulture reported that Murphy has teamed with The Shield mastermind Shawn Ryan and Sony Pictures Television on a TV adaptation of the franchise that began in 1984,” said Gil Kaufman with MTV. “Broadcast networks reportedly started hearing the pitch from the team on Tuesday.”

But when you’re working with an idea that’s almost 30 years old, how good can it be? Well, Kaufman said that not only has Murphy signed on as executive producer, but he will also be one of the actors in the show. “The latter would mark the Tower Heist star’s first non-animated regular starring turn on TV since his 1980–1984 career-making run on Saturday Night Live,” said Kaufman.

In October of last year, the director of Tower Heist, Brett Ratner, told MTV that he was hoping to make a fourth Beverly Hills Cop film. But at the same time, Murphy was saying the film would not be happening because no one could agree on a script. It sounds like there was some infighting and Murphy has not said whether Ratner would be involved in the TV show or not. Nor has anyone said what it would be about, but MTV talked to “unnamed sources” about the theme.

“The series would be an hour-long crime procedural with a ‘buddy cop’ theme and comedic elements,” reported MTV.

There’s no word yet on how the networks are reacting to the pitch — it could go either way. The successful movie franchise released the last film in 1994, so people may have moved on by now. But at the same time, with Murphy not only in the executive producer role but also as one the show’s stars, the show could very well be successful, no matter which network it’s on.

58 mins ago
by Scarlett Harris