When Klum and Seal announced their divorce, it seemed like it would happen civilly. But both sides are showing they are ready to fight. 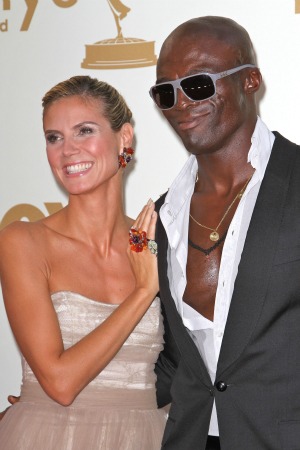 Seal and Heidi Klum seemed like the perfect couple for a long time, but we are now seeing that it’s hard to know what happens within a marriage. Their divorce has turned dirty, and Seal is throwing out the next attack.

Klum was spotted recently on a vacation with her arms around her bodyguard, Martin Kristen. TMZ asked Seal about the relationship on Aug. 31.

“Look boys, that’s what happens when two people separate. They move on and that generally means [they have] other people in their lives,” Seal said, according to Us Weekly. “I necessarily don’t expect to Heidi to all of a sudden become a nun, but as always, my main priority is the emotional well-being of our children.”

In that comment, he seems like such an understanding ex-husband. But then he continues and slips something into the conversation that hints at infidelity on Klum’s part.

“To be quite honest, if there is going to be somebody else in their lives, I’d much rather it was a familiar face,” he told TMZ. “I guess the only thing I would have preferred is that… I guess I didn’t expect any better from him, I would have preferred Heidi show a little bit more class and at least wait until we separated first before deciding to fornicate with the help, as it were. But I guess you now all have the answer that you’ve been looking for for the past seven months.”

Wait, what? He sounded like he is being supportive until he snuck in that little nugget of information. It looks like Seal is saying they broke up because of Klum and Kristen’s relationship. You can be sure Klum is probably not going to comment on Seal’s suggestion of infidelity, but it will leave everyone wondering. In April, however, she did speak with Elle magazine. And without giving anything away, she said she didn’t want to talk about the reasons behind the split.

“To the outside world, you don’t really share all the things that happen. You kind of share just the most amazing sides,” she said, according to Us Weekly. “But I don’t really want to get into any of that stuff. With my life, my family, my business — I want to go forward.”

Klum is currently hosting the 10th season of Project Runway on Lifetime.