Just a month after her daughter’s relationship ended, Jules Stewart files for divorce from Kristen’s dad after 27 years of marriage. 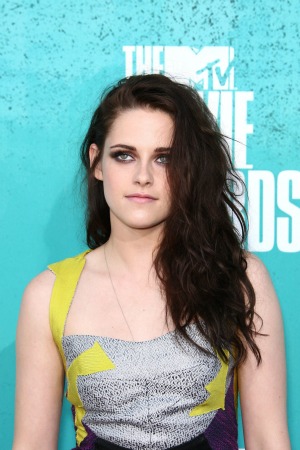 The elder Stewart has been in Hollywood longer than her daughter has been alive. The script supervisor worked on her first project, TV movie Shootdown, in 1988 (Kristen was born in 1990). She has worked on dozens of projects since then, mostly TV movies, although she did have jobs with shows like Picket Fences, The Practice and The Sarah Silverman Program. Jules Stewart had a work hiatus from 2010 until this year’s Noah’s Ark: The New Beginning.

While Jules Stewart’s split from Kristen’s father may have come as no surprise to her or her daughter, Kristen’s breakup was a shock to everyone. Kristen was photographed by Us Weekly kissing her Snow White and the Huntsman director Rupert Sanders. She later issued a statement, directed at beau Robert Pattinson.

“This momentary indiscretion has jeopardized the most important thing in my life, the person I love and respect the most, Rob,” she said at the time. “I love him, I love him, I’m so sorry.”

Pattinson since broke up with Stewart and has put the home that they shared up for sale. The last of the Twilight films is set to come out in November, which means that the two will be doing promotion for the film starting very soon. You can bet all eyes will be on how they act toward each other when they have to be together.