The sweeping romance written by The Notebook’s author Nicholas Sparks, The Lucky One, is our number-one pick this weekend for the SheKnows top-five list of hottest DVD rentals. 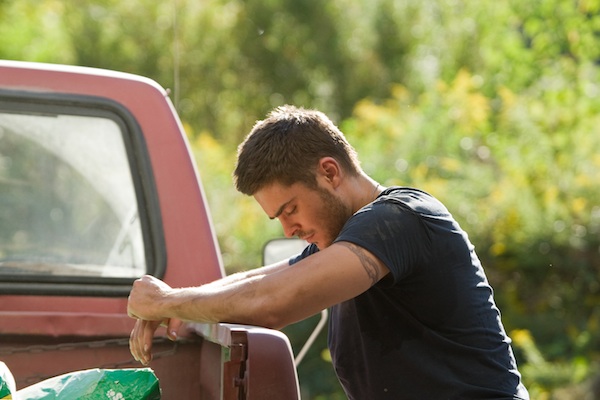 Zac Efron, Taylor Schilling and Blythe Danner star in this love story about destiny. When a soldier finds a photo of a mysterious woman during combat in Afghanistan, he goes to great lengths to track her down and make sure she’s a part of his life. Oh Zac, you could find us any day!

Diane Keaton, Kevin Kline and Dianne Wiest star in this adorable romantic comedy about a woman who loves her dog more than her husband. When her husband loses the dog, their relationship starts to become more than a little “complicated.”

This action-adventure at sea starring Brooklyn Decker, Liam Neeson and Alexander Skarsgard brings aliens and humans to the battle of a lifetime.

Voiced by Salma Hayek and Hugh Grant, this pirate adventure brings buccaneers to London where almost no one has sea legs. Arrrr, mateys!

Movie review: Is Victoria’s real secret that she hated pirates…? >>

It’s a battle of the sexes when women start using a book to think like men. The dating game gets turned on its head in this fun romantic comedy staring Chris Brown and Gabrielle Union.

Think Like a Man ends The Hunger Games’ reign >>