19 Kids and Counting star Jim Bob Duggar can do a lot of things, but hairstyling isn’t one of them. See his skills — or lack thereof — in this clip from season six. 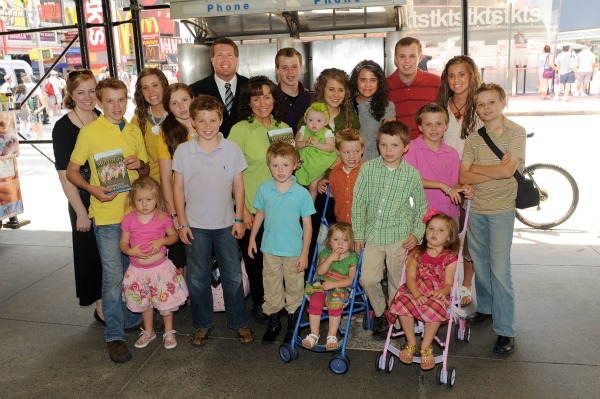 It’s hard to believe we’ve spent over five years watching the Duggars grow from a mere 16-child family to their current state of 19 Kids and Counting. Season six of the popular TLC reality show just debuted on Aug. 28 and will deal with the highs and lows of being a Duggar.

“Though the family is still coping after the loss of baby Jubilee, they pull together to support each other through the hard times,” TLC told SheKnows of the new season. “And with 19 kids, there is a lot to keep them busy. In the premiere one-hour episode of 19 Kids and Counting, the whole Duggar clan heads down to Florida for Anna’s sister’s wedding. Will a Duggar girl be next down the aisle?”

The loss mentioned above was matriarch Michelle Duggar’s miscarriage of the couple’s 20th child, Jubilee Shalom, in late 2011. However, the shows won’t be all about sadness — the Duggars are known for their unshakable positivity.

The Duggars escape for Valentine’s romance >>

“During the season, we watch the older girls begin to be courted while the boys pick up new instruments,” TLC added. “The house is certainly noisier than ever now. Jill celebrates her 21st birthday, and several Duggars learn how to hunt turkeys. Meanwhile, we check in on oldest son Josh and his growing family. While it’s not quite 19 [kids], we see how wife Anna is handling being a mother of two. Will there be any more babies on the way?”

The cutest clip we’ve seen so far from the new set of shows is dad Jim Bob Duggar’s attempt to style his younger daughter’s hair. The ponytail doesn’t seem like a difficult hairstyle to master, but Jim Bob can’t quite get it down.

The Duggars’ lifestyle might be different from yours or mine, but one thing’s certain — they sure do love each other.