All five of the Backstreet Boys are back — and they played their first performance on Friday during Good Morning America‘s summer concert series. 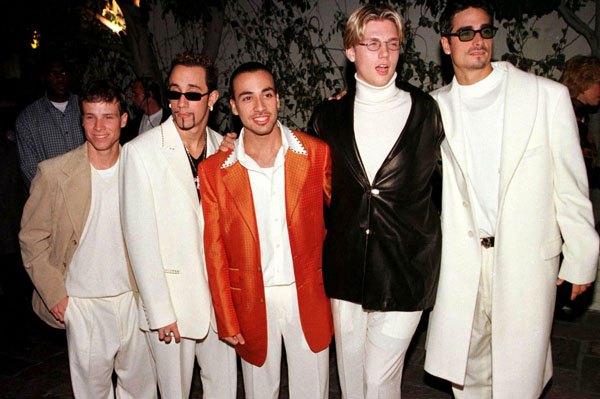 The Backstreet Boys are back! Well, they never really left, but this is the first time all five of them — including Kevin Richardson — have shared the stage together in nearly seven years. The Boys reunited in Manhattan’s Central Park for Good Morning America‘s summer concert series.

So, why did Richardson return to the group he left in the dust several years ago?

“I’m a person that always follows my heart and follows my gut, and my heart said, ‘Now’s the time.’ It just felt right. I feel inspired to make music again with these guys,” the 40-year-old singer told the ecstatic crowd.

Richardson and the rest of the guys — Nick Carter, Howie Dorough, A.J. McLean and Brian Littrell — all looked happy and healthy as they belted out hits like “Larger Than Life” and “I Want It That Way.” During the interview, they talked about the new album they’re recording in London and hinted that they’re working with a variety of music heavy hitters to try and recapture the magic of their late ’90s heyday. The album is due out in spring 2013, just in time for a new tour and a BSB cruise.

Of course, music isn’t the only happy thing that happened with the Boys: Howie D is expecting his second child, while McLean is expecting his first child with new wife Rochelle sometime in the near future. Carter also seems to be doing well after the death of his sister, Leslie Carter, earlier this year.

“What an amazing time at GMA in central park! So much fun being in front of our fans as all 5,” Carter tweeted after the performance.

We’re happy you’re all together again, too, Nick!