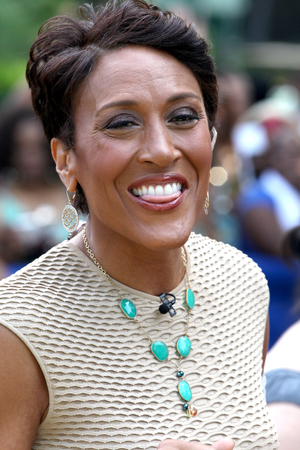 You know that saying, “When it rains it pours”? Good Morning America host Robin Roberts knows that all too well: She went on medical leave from the show and lost her mother, all in the same week.

“It is with deep regret and heavy prayer and reflection tonight that I write to tell you of the passing of Robin’s beautiful and inspiring mother, Lucimarian,” Tom Cibrowski, GMA executive producer, told ABC staffers in an email Friday.

Lucimarian’s death comes one day after the popular morning show host left the show to fight her bone marrow disorder, MDS. She was set to start her leave after Friday’s show, but opted to take off one day early — and now it all makes sense.

Roberts posted a short message on her Facebook page about her mother. Lucimarian was the first African-American woman to serve as chairman of the Mississippi State Board of Education. The pair also collaborated on a book, My Story, My Song — Mother-Daughter Reflections on Life and Faith.

“A CD of her favorite hymns is playing in her room,” Roberts wrote of her mother’s last moments. “So thankful for my sister, Dorothy, and the nurses who have been caring for her. I will cherish these moments I have with mom. Then focus on what is ahead of me undergoing a bone marrow transplant.”

The family has gathered for a small service, according to reports. Afterward, the 51-year-old will return to New York City for a bone marrow transplant.