After an extremely successful career that included 15 years as the co-anchor of NBC’s Today show, Katie Couric is coming back into our living rooms with her new daytime talk show, Katie. The one-hour weekday show premieres on Monday, Sept. 10 at 3 p.m. EST on ABC. 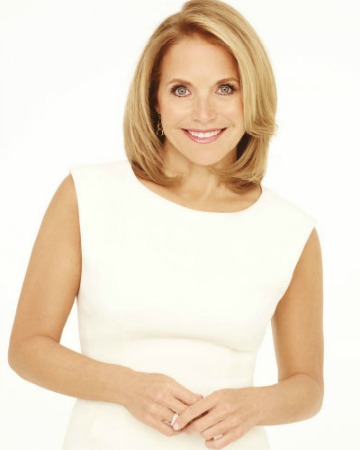 In addition to her success on the air, Couric also is the best-selling author of The Best Advice I Ever Got: Lessons From Extraordinary Lives — a collection of essays by some of the world’s most successful people. Let’s talk about some of her own wisdom and life lessons that she shares with others.

Couric’s mother always told her children, “Let ’em know you’re there.” This is one of the mantras that Couric has lived by throughout her life and has passed on to her own kids. Couric believes in being assertive and putting yourself out there. “Be a steel magnolia instead of a shrinking violet,” she recently told Southern Living.

Don’t let the turkeys get you down

Couric’s career is a testament to perseverance. Never give up — just work harder. Couric recalled her early days at CNN: “When Reese Schonfeld, then-president of CNN, called the assignment desk and said he never wanted to see me on the air again, I was devastated. But I remembered one of those Sandra Boynton coffee cups that said, ‘Don’t Let the Turkeys Get You Down.’ And I didn’t. I decided I would work harder and hopefully get better. And I did.”

Don’t be a teacup… be a travel mug

Couric believes in hard work, dedication and resilience. “Don’t be a teacup… be a travel mug,” Couric said during the University of Virginia commencement keynote address in May. “Sturdy… and, ultimately, unbreakable. You may have to work late, work weekends, or as Mike Bloomberg did, show up early. When he was in business school, he worked at a real estate office renting apartments. He had more customers than the four full-time professional brokers, because he got there before they did, answered the phone and got all their business. So, very simply: there is no substitute for hard work and getting the job done.”

Couric adopted this phrase after reading it in Linda Ellerbee’s book. Ellerbee, formerly of NBC, meant that we shouldn’t be so quick to judge others, because there are times when you are going to be the one who dishes out the criticism — the pigeon — and other times, you are going to be the one receiving it — the statue. Couric says that we shouldn’t be so harsh and critical of others when we don’t know exactly what’s happening in their lives. We should give people the benefit of the doubt. “Oftentimes they’re doing the best they can.”