Clint Eastwood’s perplexing RNC speech, where he addressed an empty chair (standing in as President Obama), has spurred a hilarious phenomenon on Twitter Friday morning — #eastwooding. 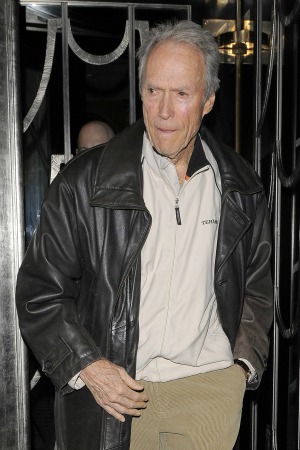 Clint Eastwood‘s eyebrow-raising performance art/speech at the Republican National Convention on Thursday may have been trending on Twitter, but not in the way you might expect Friday morning.

The legendary actor-director’s conversation throughout the speech inspired #eastwooding the following morning.

Tweeps essentially tweeted photos of their “empty chairs” and funny quips to go with them — and there were some very famous tweeps that jumped on the #eastwooding bandwagon.

Actor Zach Braff always comes through on Twitter, and didn’t disappoint — sending a photo of an empty bench accompanied by the words: “Look who just sat down with me at my coffee shop: #eastwooding.”

Other tweeps, while not household names, sent their own funny takes on Eastwood’s strange performance, including photos of dogs and cats staring at empty chairs as if someone is there.

It’s not the first time, though, that an empty chair has had a starring role on Twitter.

When Piers Morgan addressed an empty chair where beleaguered Rep. Todd “Legitimate Rape” Akin was supposed to sit (he had bailed on the TV host), Rep. Akin’s chair got its own Twitter account and quickly attracted nearly 2,000 followers.