For once, Eddie Murphy wasn’t trending because he “died” virtually in a freak snowboarding accident in Switzerland. Looks like the “big in the ’80s” comic is bringing his career back from the dead, courtesy of one of his most famous films. 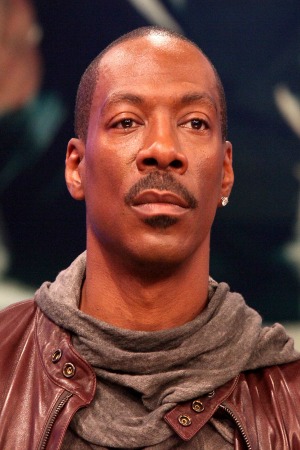 A very much alive Eddie Murphy is slated to inject some life into his ailing career with a small screen adaptation of Beverly Hills Cop.

Vulture.com reports Murphy and The Shield creator Shawn Ryan started pitching the show to network execs this week. But it appears the concept itself has been simmering for close to a year.

Eddie Murphy: Not backing out of the Oscars (this time)? >>

In its November 2011 issue, a Rolling Stone writer asks the 51-year-old comic if Beverly HIlls Cop IV was in the cards.

Murphy, who played Detroit cop Axel Foley in the big screen series, was confident no one would bring the buddy cop franchise back to theaters. Instead, he spoke of a small screen run.

“What I’m trying to do with Beverly Hills Cop now is produce a TV show starring Axel Foley’s son, and Axel is the chief of police now in Detroit,” he said, by way of Access Hollywood. “I’d do the pilot, show up here and there. None of the movie scripts were right; it was trying to force this premise.

Would you tune in to Beverly Hills Cop — the TV show?