Will Stegemann used to hate Billy Joel and everything about him. Now, he’s his biggest fan. Why? The music changed him. 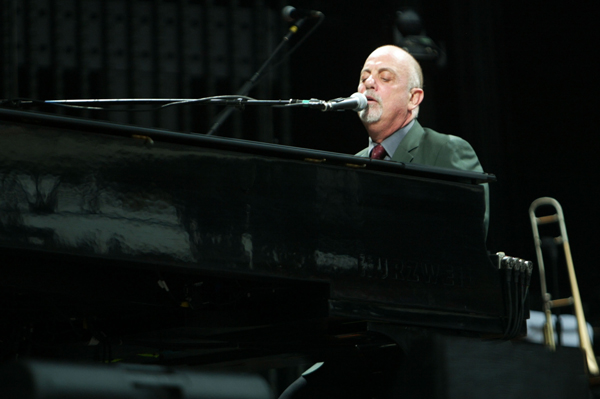 How can anyone listen to “Piano Man” and not fall in love with Billy Joel and his work? Apparently, it’s possible: Blogger Will Stegemann hated Joel and his music — he even routinely put “listen to zero Billy Joel songs” as part of his New Year’s resolutions.

Well, he broke that resolution this year — and became a certified Joel fanatic.

“I thought that his songs were just bland, middle-of-the-road ballads and that he was not a ‘serious artist,'” the 38-year-old told NBC’s Today show in an email. The blogger is now based in Los Angeles, but he grew up on New York’s Long Island, Joel’s beloved home. “As you can imagine, he is considered a local hero and I heard his music all through my life.”

Stegemann’s conversion from hater to fanboy when he decided to create the Tumblr blog, A Year of Billy Joel, with the intention of listening to all of his work.

“There are 13 studio albums, 5 official live albums and more than a dozen compilations,” “All in all there are well over 200 songs and so far I’ve covered 150 songs.”

The music has done more than take up Stegemann’s time: He’s finding that he actually enjoys the work.

“As I learned more about Billy Joel the person, I began to place songs in context with his life, which wasn’t easy,” he said. “Over time I began to see how songs reminded me of my life and family and as a result a lot of my personal history has found its way into the project.”

And he’s quick to compliment the longtime musician.

“He has an almost effortless gift for melody,” he added. “By the time I got through his second album I knew that I had misjudged him. Also, Billy Joel is much darker than I ever knew and his music is far more complex than I previously realized.”

His final goal for the yearlong project: Have lunch with the man himself. Will it happen? Joel’s reps haven’t responded, but he’s hopeful.

“The greatest lesson from this project for me has been learning to re-examine my opinions and look closer at things I had ignored,” he wrote. “I encourage everyone to give a second chance to something they had previously written off.”

We propose a bigger challenge for Stegemann in 2013: Become a fan of the now-defunct Limp Bizkit. Something tells us it won’t end in the same way.