The rumor mills have been crazy with news that Selena Gomez and boyfriend Justin Bieber would be moving in together. But by buying her own home, she is leaving the Beliebers with a little bit of hope. 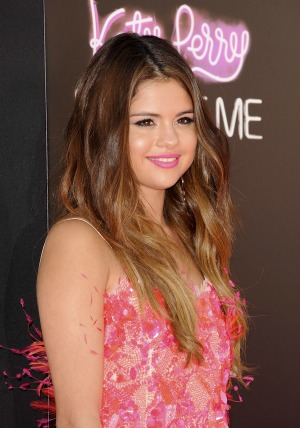 Selena Gomez is moving onward and upward. No Justin Bieber fans, that doesn’t mean she is single now. She actually just purchased a home from fellow actor Jonah Hill. Before now, the 20-year-old singer/actress was still living at home with her parents.

There had been rumors she would move in with her boyfriend Bieber but it looks like she has decided to venture out on her own.

“Gomez’s new digs are located in Tarzana, Calif. The property is spread across 4,650 square feet and boasts five bedrooms and six bathrooms,” said PopCrush. “It’s a single story dwelling, but has a pool, a tennis court and spa.”

Bieber may not be moving in with Gomez any time soon either, since he has his own home in Calabasas, California.

Jonah Hill may actually be the winner in this whole deal. When he purchased the home less than a year ago, in September 2011, he paid $2.175 million. But Gomez paid almost $3 million for the home, $2.9 million to be exact.

It’s also possible that Gomez is trying to avoid the inevitable — that her boyfriend is leaving on a tour next month that will take him out of her life for the foreseeable future. The tour, which is supporting his album Believe, begins in September. Dates are booked until April 2013.

The first date is Sept. 29 in Arizona; all U.S. dates sold out in less than an hour. He will make some stops in Canada during the North American leg before heading to the United Kingdom and the rest of Europe in February. For Gomez, it may be easier to keep life the same while he’s gone than to come home to an empty house that is half his.

But Bieber is far from the only thing in Gomez’s life, so she will stay busy while he’s gone… with her band and even a new perfume. She also is working on five movie projects. Who knows — maybe she won’t even notice that Bieber is gone?