Clint Eastwood is rumored to be the “mystery speaker” at tonight’s Republican National Convention. Well, it’s either Dirty Harry or a hologram of Ronald Reagan. Yes, seriously. 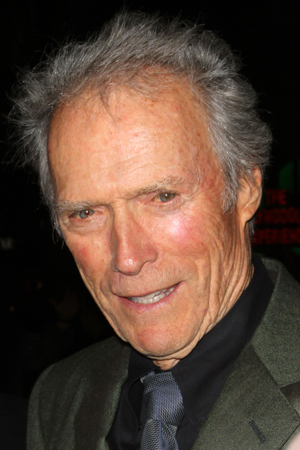 Anyone who questioned whether or not Clint Eastwood is for a Mitt Romney presidency will have a definitive answer tonight: The Oscar-winning director and actor is rumored to be the highly anticipated “mystery speaker” at tonight’s closing of the Republican National Convention in Tampa, according to CNN sources.

Eastwood and Romney have reportedly been friends for years. The actor even endorsed his friend earlier this summer.

“It’s now more important than ever that we need Gov. Romney and I’m going to be voting for him,” Eastwood said in July, according to Politico, adding that his friend has his vote “because I think the country needs a boost somewhere.” His speech will lead up to Romney’s official acceptance of the Republican nomination. The opponent of President Barack Obama will take the stage at 10 p.m. EST after a performance by former American Idol winner Taylor Hicks.

Yes, seriously: Taylor Hicks is performing at the GOP convention. We actually forgot he existed.

Romney’s speech will be his first big session in front of a national audience. It’ll be a defining moment for his campaign — and he says he’s ready.

“It will be my privilege to stand at the podium to accept the nomination,” he said in a statement, adding that Obama’s policies have left the country with “high unemployment, lower take-home pay, and the weakest economy since the Great Depression.”

We wonder if the GOP has any more surprises in store for tonight’s meeting… like maybe a Ronald Reagan hologram? Don’t laugh — it’s actually a thing. But the hologram of the late president won’t be used because organizers are afraid he’ll upstage Romney.

Hologram Reagan was going to repeat a speech the late leader did about job creation to promote the Jumpstart Our Business Startups (JOBS) Act, Reynolds said. The Reagan hologram was in play before Romney picked vice presidential running mate Paul Ryan.

“At the time he hadn’t chosen Paul Ryan, so I think they were a little worried about his energy,” Reynolds told Yahoo! News. “Even in a hologram form I think Reagan’s going to beat a lot of people in terms of communicating.”