FX has unleashed the cast of American Horror Story: Asylum. After a week of teasers, an official promo has hit the net. Get your first glimpse of Adam Levine, Chloe Sevigny, and Jessica Lange as a stern nun. 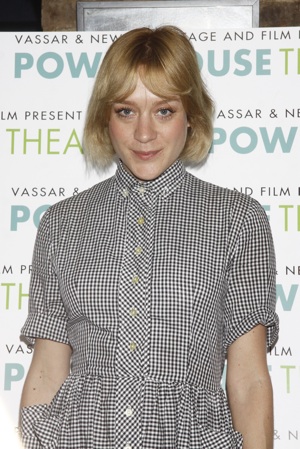 After several cryptic promos, FX has given us something we can use! The network has released a full trailer for American Horror Story: Asylum. The new season takes place inside a mental hospital, which means plenty of colorful characters.

Co-creator Ryan Murphy told Entertainment Weekly, “Every year of the show is a different miniseries, and there will be several chapters. You need as your leading man or leading lady an institution to haunt.” Fellow co-creator Brad Falchuk chimed in, “To me, last year was a family drama. This is our version of a workplace drama.”

Lange is more than excited to portray another complicated character. “If I were playing a straitlaced nun, start to finish, I can’t say that would interest me too much. What’s great are the extremes. To go from where she was and where she’s getting to, that’s what’s going to be interesting.”

As for the newcomers, we have Adam Levine, Chloe Sevigny and Jenna Dewan-Tatum, to name just a few. Sevigny’s character is a drastic change from her last TV role. Before American Horror Story, she played a fundamentalist Mormon wife on HBO’s Big Love. Now she stars as Shelley, an institutionalized nymphomaniac. Talk about extremes!