Bill and Giuliana Rancic got thisclose to offering a play-by-play of son Edward Duke’s birth to their millions of Twitter followers Wednesday night. 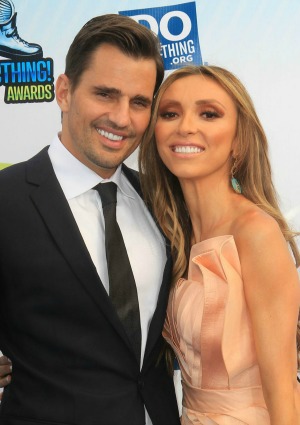 “THANK YOU for ur love & prayers! Here r details 4 those asking:),” she wrote.

The details came courtesy of, yes, E!, which reported that Giuliana and husband Bill welcomed all 7 pounds, 4 ounces of baby Edward a little after 10 p.m. in Denver.

Bill and Giuliana are keeping their son’s cord blood >>

According to the Los Angeles Times,  the couple had been on a “babymoon” in Denver, awaiting the arrival of their son.

Last month, Giuliana told the Times that they wouldn’t miss the arrival of their child “for the world,” and that they were in a holding pattern of sorts, in case there was any “movement or action.”

The 37-year-old has been very open about her struggles with both infertility and breast cancer.

The newspaper notes that, initially, the couple was pursuing fertility treatments. Then they got the blow that Giuliana had breast cancer. At that point, it was decided to go with a “gestational carrier” through an agency recommended by their doctor.

“We interviewed her and felt a real connection,” Giuliana said.

And Giuliana more than got her wish to see Edward born; papa Bill cut the umbilical cord following the 4-hour delivery and Giuliana was the first to hold her child.

Prior to the delivery, Bill tweeted: “It’s Game Time” and followed up with a funny announcement early Thursday: “”The ‘Duke’ has landed! Edward Duke Rancic was welcomed into the world last night at 7lbs 4oz. G & I feel blessed beyond words…We did it!”