After taking an (albeit brief) uncharacteristic break from Twitter following his arrest for allegedly head-butting ex Evelyn Lozada, football/reality TV star Chad Johnson is back on the social networking site in a big way, lamenting over jobs lost and starting all over again as a 34-year-old free agent. 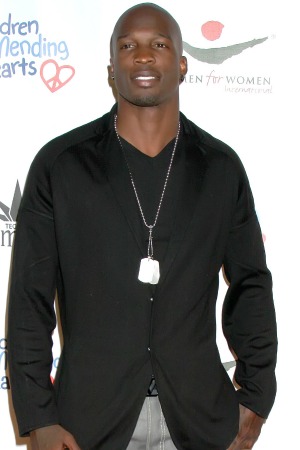 As of Thursday morning, all fallen-from-grace football player Chad Johnson had tweeted was a strange, “Hello from Mars,” after going on a Twitter binge over the past 24 hours.

Johnson appears to be referring to an alien world where he can’t get any love. His wife from a blink-and-you-miss-it marriage, Evelyn Lozada, is gone. His stint with the Miami Dolphins was cut short and, to add salt to the wound, he was fired from the team as cameras rolled.

But it was the lack of his likeness on the Madden 13 game that set off his latest string of tweets.

On Monday, the six-time pro bowler formerly known as Chad Ochocinco wrote: “That awkward moment when you realize you’re not on Madden13 and have to create yourself…”

New England Sports Network paints a sad picture of a man formerly on top of the world who didn’t find out that he wasn’t featured in the latest installment of the game until he actually sat down to play it for himself. Like the rest of us, he has to create his own likeness to play the game.

So it seems not only has he been cut in real life, but he’s even been cut out of the virtual world!

The 34-year-old got his share of sympathy from some of his 3.7 million followers, but he was having none of it.

The tweet comes almost three weeks after he was arrested for allegedly head-butting wife Evelyn Lozada, who quickly filed for divorce from Johnson.

“I got to start life over and create a new one,” Johnson wrote Wednesday, referring to a biography that he apparently deleted.