The day after celebrating her 30th birthday, LeAnn Rimes checked into an in-patient treatment facility, says her rep, who assures us she’s not there for an eating disorder or drugs. But LeAnn remains addicted to Twitter, at least, as she continues to tweet from the facility. 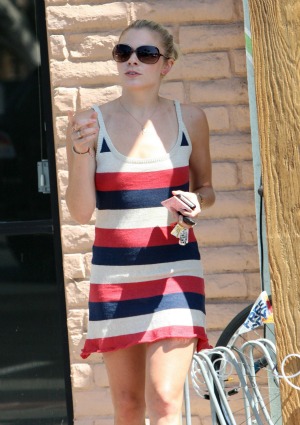 On Thursday morning, LeAnn Rimes‘ rep, Marcel Pariseau, announced the singer, who just turned 30, voluntarily checked herself in to a 30-day in-patient treatment facility “to cope with anxiety and stress.”

Marcel tried to strike down any rumors swiftly, adding (to People): “While there will be speculation regarding her treatment, she is simply there to learn and develop coping mechanisms. While privacy isn’t expected, it’s certainly appreciated.”

The crooner herself told the magazine: “This is just a time for me to emotionally check out for a second and take care of myself and come back in 30 days as the best 30-year-old woman I can be.”

“All the things in my life will be there when I get out, but you know what? I’m hoping they’re not going to affect me as much,” she continues. “I’ll have the tools to know how to deal with them.”

Husband and actor Eddie Cibrian said he was “so proud” of his wife for “having the strength to take some time for herself.

“I will be with her every step of the way,” he said.

Cibrian has often been spotted in pap snaps alongside Rimes, whose shrinking frame has prompted plenty of eating disorder rumors that the singer has vehemently denied via Twitter.

Rimes was apparently at the Twitter again, even from the treatment facility. In addition to retweeting messages and promoting performances (she will still perform on the weekends to not “disappoint her fans”) , Rimes tweeted a portion of her astrology reading for Thursday, as news broke of her treatment: “There is a delicate balance between clearly stating your position and coming across as being overly critical. Pick the right situations to express yourself so you can avoid the need to correct any social errors.”