The family has made a pilgrimage to where the Jackson children were raised to celebrate his life — and the great things to come. 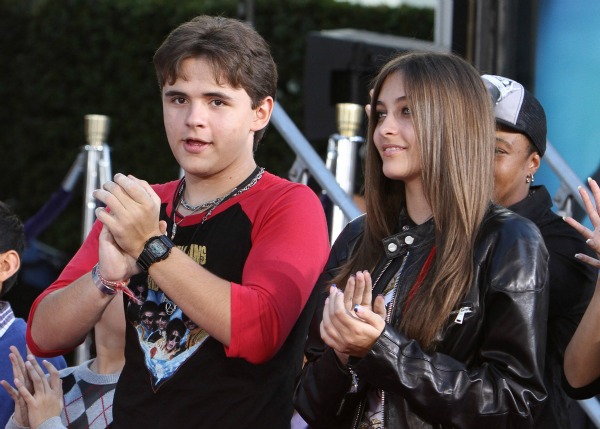 Aug. 29 marks what would have been Michael Jackson‘s 54th birthday, and his children and some other members of his family are celebrating by making the trek to the King of Pop’s hometown — Gary, Indiana.

“The children, 14-year-old Paris and 15-year-old Prince Michael Jr., were given T-shirts by Gary mayor Karen Freeman-Wilson as they posed for pictures Wednesday at a casino overlooking Lake Michigan,” said Fox News.

According to E! News, Blanket, Katherine, La Toya and T.J. Jackson are also in the town to celebrate Jackson’s birthday.

Even with all the recent family drama, Jackson’s children have obviously had their dad foremost in their minds. On Aug. 6, Paris Jackson posted a picture on Twitter of a “photo wall” she created for her father. “My new wall **took me 3 effing hours**,” she tweeted, according to E! News. The wall included pictures of Michael Jackson at all stages of his career.

Three years after Michael Jackson’s death, he’s still showing up regularly in the news. His doctor, Conrad Murray, was found guilty and sentenced for involuntary manslaughter in the singer’s death in November 2011.

Justin Bieber released a new song this year called “Die in Your Arms,” and while performing the song on MTV in June, Bieber said it was about Jackson.

“Before I got in the booth, [Rodney Jerkins] showed me this hour-long video of Michael [Jackson] footage, never been seen before,” Bieber told MTV. “It’s Michael’s personality, him in the booth dancing. It’s some really special stuff.”

Jackson’s remaining brothers also embarked on their Unity Tour this year. Jermaine, Jackie, Tito and Marlon kicked off that tour in June. Today the family tweeted: “Find a moment today to share peace, love, and serenity with the world,” according to E! News.

A vigil was planned for today at the house where Michael Jackson and his siblings grew up and lived until 1969. Director Spike Lee has been working on a documentary about Jackson, called Bad 25, which will air on ABC on Thanksgiving.

33 mins ago
by Ellen Niz