The actress will not be appearing in her new film, but she’s not the only one. To the Wonder was directed by a man notorious for hiring famous actors and cutting their parts after the film wraps. 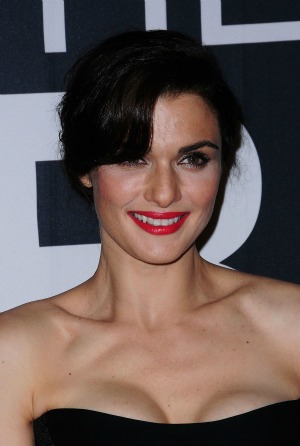 It’s not often that A-list actresses are hired to do a film and then told their part is not needed. But Rachel Weisz is saying that’s exactly what happened in the new film To The Wonder, directed by Terrence Malick.

Rachel Weisz, who spoke with Lorenzo Soria of the Italian paper La Stampa about the film, seems to be keeping a positive attitude.

“It seems that my part has been cut,” Weisz told Soria. “So I had the experience of working with him but I will not have the pleasure of seeing my work.”

This is not a new practice for Malick. The director also cut Mickey Rourke, Gary Oldman, Billy Bob Thornton and Martin Sheen from the 1998 film The Thin Red Line, said the Huffington Post. He kept Adrien Brody in the film, but not in the way the actor expected.

“I was so focused and professional, I gave everything to it, and then to not receive everything… in terms of witnessing my own work. It was extremely unpleasant because I’d already begun the press for a film that I wasn’t really in,” Brody said back in 2001, according to the Huffington Post. “Terry obviously changed the entire concept of the film. I had never experienced anything like that.”

But Weisz can take some solace in the fact that she isn’t the only one cut from To The Wonder. According to Deadline.com, Barry Pepper, Michael Sheen and Amanda Peet were also cut from the final version of the movie.

A person close to the film told the website:

“It’s just the way Terry works; it’s not a reflection on anything other than the story.”

To The Wonder doesn’t yet have a U.S. release date, but it will most likely be in theaters in 2013.