The relationship was over before it began, but how did it end? A source is saying that Mayer didn’t want to deal with it and sent Perry an email with the news. 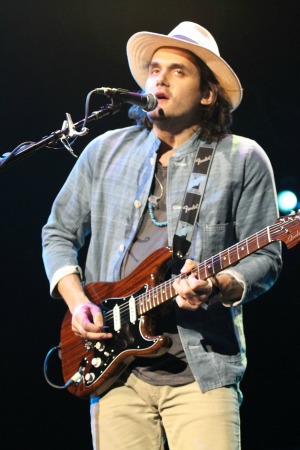 Did John Mayer learn nothing from Taylor Swift? It seems like he would be more sensitive to handling breakups in a grown-up manner after one of his last songwriter girlfriends wrote a not-so-nice tune about him.

But alas, it looks like he’s done it again. Mayer was dating songstress Katy Perry until recently — a relationship that didn’t last very long. The summer fling began shortly after Perry’s split from Russell Brand, who filed for divorce in the last days of 2011.

Now some are saying that Mayer may have broken up with Perry over email. HollywoodLife.com talked to an Us Weekly source who spoke about the relationship and how it ended.

“He dumped her over email,” said the source. “She was furious and really hurt. She was into him, but he wasn’t feeling it.”

Most surprising about Perry and Mayer’s break-up may be the reason: The source said that Mayer was just “tired of Perry’s hard partying and decided to pull the plug.”

Or maybe it wasn’t so surprising. Brand reportedly left his wife because he wanted to have a baby and she just wasn’t ready to give up the child-free life. In Katy Perry’s recently released documentary, Part of Me, there’s a scene in which Brand texts Perry a photo from McDonald’s, saying that they should name their child Ronald. Perry responded with “A baby can’t have a baby — and I’m still a baby.”

A source later told Us Weekly that issue was the reason he split with his wife:

“[Russell] feels there’s no point in being married if you don’t have kids.”

But there’s a good chance Mayer was just a rebound for Perry — she’s only been divorced a few months after all. If Mayer is lucky, Perry will be a little more tight-lipped than Taylor Swift and keep her mouth shut about what really happened. But it might also make a pretty good pop song.