From the creators of Glee comes a new type of family. Combine a flamboyantly gay couple with a surrogate mother, her daughter and her traditional grandmother, and you get comedic genius. 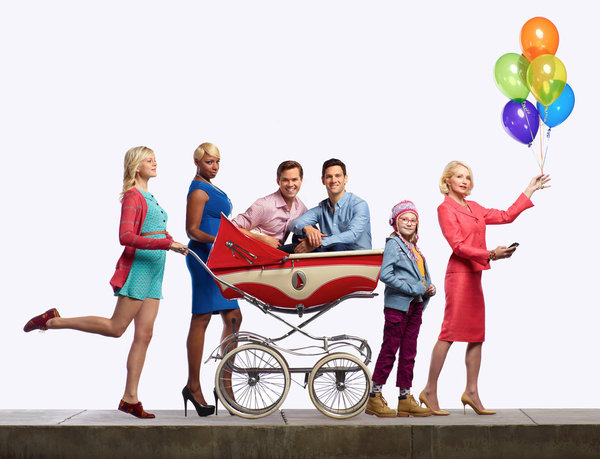 The New Normal follows the lives of David (Justin Bartha) and Bryan (Andrew Rannells), a gay couple who want a child more than anything. In comes Goldie (Georgia King), a single mother from the Midwest, aiming to escape the small-town life and provide a better life for her 8-year-old daughter Shania (Bebe Wood). With no money or resources, Goldie realizes that her fertility is her only hope and becomes a surrogate mother for David and Bryan. However, as Goldie tries to escape her past, she can’t seem to get rid of her grandmother Jane (Ellen Barkin) who, to Goldie’s dismay, has followed her to LA. Though Jane is notoriously closed-minded, she has no choice but to accept Goldie’s decision.

In this hilarious new series, we’ll watch an unconventional family come together with some dysfunction and a lot of love.

Why you should watch:

If you consider yourself to be a Glee geek, then this is the new series for you. The show is sure to have the same unapologetic humor, and might we add that NeNe Leakes (from the Real Housewives of Atlanta) is playing David’s assistant? Divalicious.

You know a show is going to be good when the trailer is awesome!

Make sure to check out these other new series, coming this fall…

The Mindy Project to delight on FOX this fall