Robert Pattinson looks to be officially moving on from Stewart by putting the home they shared up for sale. She may know that means the end to their relationship, but she has not yet moved out. 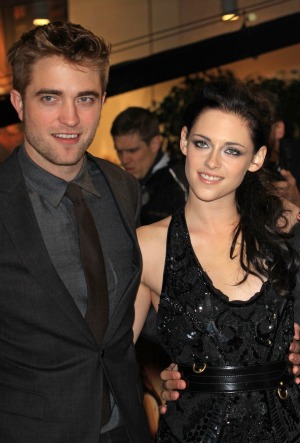 Robert Pattinson was reportedly heartbroken after finding out girlfriend Kristen Stewart was caught cheating on him earlier this summer. But now he is making it official.

According to Us Weekly, Pattinson has put his mansion that he shared with Stewart up for sale. He purchased the $6.3 million home less than a year ago, but it looks like he no longer feels at home there.

“Once owned by ER star Noah Wylie, the abode is ‘on an acre and a half of land and has a 150-person screening room and amazing gardens,'” a source told Us Weekly. But Stewart hasn’t abandoned the home quite yet.

“Although Stewart has been splitting her time with BFF Scout Taylor-Compton in Burbank, California, and with her parents in Los Angeles’ Woodland Hills nabe, she hasn’t yet officially moved out of the $6.3 million house,” said Us Weekly. The couple had been together for three years and is reportedly talking again, but not doing much else.

“Rob doesn’t hate her and he’s not mad,” a source told Us Weekly. “He just doesn’t get why she did it. He loves her and thinks about her constantly.” And another source told the magazine that Stewart is “close to a total meltdown. She isn’t sleeping, and she stays up all night crying.”

Meanwhile, Pattinson is at least joking about the situation. He told Jimmy Kimmel last week he is close to being homeless, which is perhaps a look into this week.

“I rented this archway and I just live behind it. In one of those trash cans,” he joked to Kimmel, according to The Huffington Post. Pattinson reportedly agreed to see Stewart, a move made because he felt sorry that his former girlfriend was being made the villain in the situation, a source told Look Magazine.

According to The Huffington Post, the final straw to his change of heart was seeing the “Trampire” shirts. There is no word on where Pattinson will be living from now on.