The Black Eyed Peas singer was broadcast from the red planet today to teach children, but only the ones on Earth. 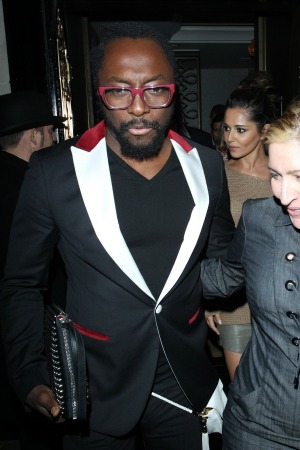 will.i.am of the Black Eyed Peas may become the first musician heard by alien beings in the universe.

On Saturday, NASA released a statement announcing will.i.am’s song was to be broadcast Aug. 28 from Mars aboard the Curiosity rover.

Today, they played the song during an education event to share with students their findings so far from the red planet. The event took place at NASA’s Jet Propulsion Laboratory in Pasadena, California.

“Members of the team that successfully landed the rover on Mars earlier this month will explain to students the mission and the technology behind the song’s interplanetary transmission,” said NASA’s statement. “will.i.am will then premiere ‘Reach for the Stars,’ a new composition about the singer’s passion for science, technology and space exploration.”

However, according to the New York Times, any Martians hoping for a listen would have been out of luck.

“The rover does not have speakers to broadcast music to its surrounding landscape, and the thin Martian air would have distorted the sound,” said the paper.

Although NASA didn’t say how they chose the song, out of all possible choices, it does seem appropriate for the project. So perfect that will.i.am even released a “Mars version.”

Without the project, the song would have seemed very metaphorical. But instead, we are left assuming it is all very literal.

“will.i.am’s i.am.angel Foundation, in partnership with Discovery Education of Silver Spring, Maryland, a provider of digital resources to kindergarten through grade 12 classrooms, will announce a new science, technology, engineering, arts and mathematics initiative featuring NASA assets such as the Mars Curiosity rover,” continued the NASA statement.

“Reach for the Stars (Mars Edition)” was released as a single today, Aug. 28.