It’s 2012, but gay comedy still brings the drama. The upcoming series, The New Normal, which centers on a same-sex couple, is getting bashed by conservative groups. Considering TV’s diverse climate, why is this still an issue? 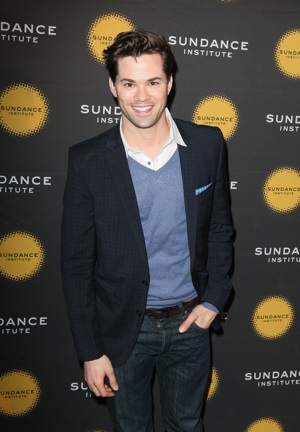 What’s with all the fuss? NBC’s new sitcom The New Normal hasn’t aired a single episode, yet it’s already been pulled from a local station. A Mormon-owned affiliate in Utah refuses to let the show see the light of day.

The New Normal was co-created by Ryan Murphy (Glee, American Horror Story), who’s no stranger to TV controversy. But this show doesn’t warrant it. It centers on two gay men, who invite a surrogate to move into their home. Apparently, the Utah station feels that such a scenario is “inappropriate on several dimensions, especially during family viewing time.”

The problem with that argument is that The New Normal is about family. It’s just not the type of family they embrace. This isn’t the first program to have a gay couple at the forefront. Within the past decade, some of the most popular shows on broadcast and cable have featured successful LGBT characters.

The obvious examples are Will & Grace, Brothers & Sisters, Friends, Glee, Grey’s Anatomy, and of course Modern Family. In fact, Modern Family is one of the most successful and critically acclaimed shows currently on air. Two of its main characters are gay men raising a daughter, and that hasn’t hurt its ratings, or the two Outstanding Comedy Emmys it’s received — consecutively.

The station’s other claim is, “The dialogue is excessively rude and crude, the scenes are too explicit and the stereotypes are offensive on all sides.” We’d love to hear examples of what they call explicit. These things can be found in any show, especially comedies. The genre was founded on poking fun and exaggerating the norm.

If conservative groups don’t want people to tune in, that’s fine. But they should give viewers the right to make their own decision. The New Normal isn’t the first TV show to feature a gay couple, and it won’t be the last.

Will you be tuning in to The New Normal?